Anyone know about what species can be found in the canal between Willow Springs and Lockport? Just wondering what species are available there before I try trudging through that garbage dump they call a canal.

Lol, that's about what I figured. I did walk a small section in Willow Springs, and saw a lot of really small fish on the surface, couldn't have been more than 1". It was oddly shallow there though, the canal was no more than 2' wide at some points, really fast current with clear water.

I really have no idea.

Well I went out and got some answers.

Black striped topminnows by the gajillions. They're everywhere. 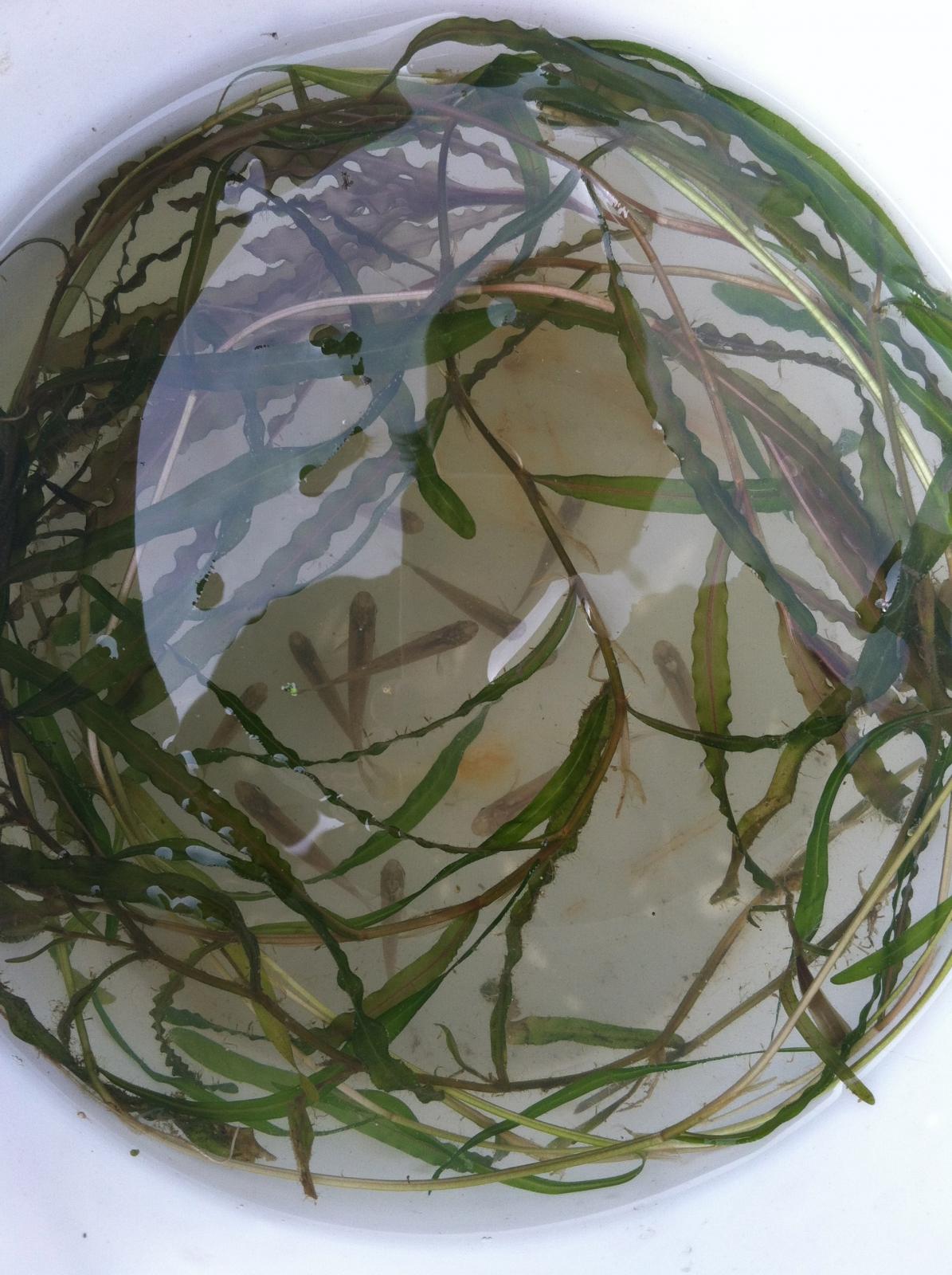 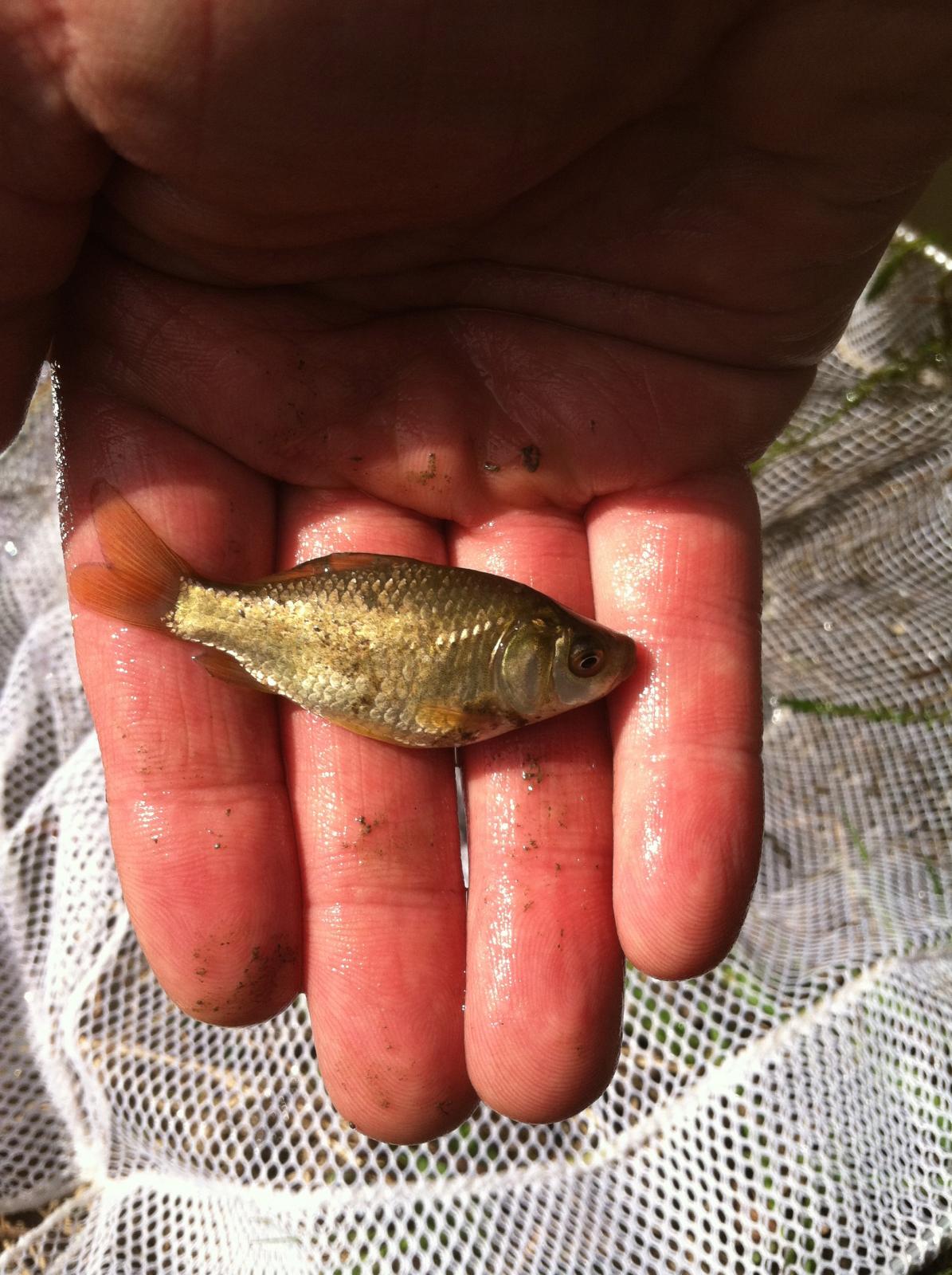 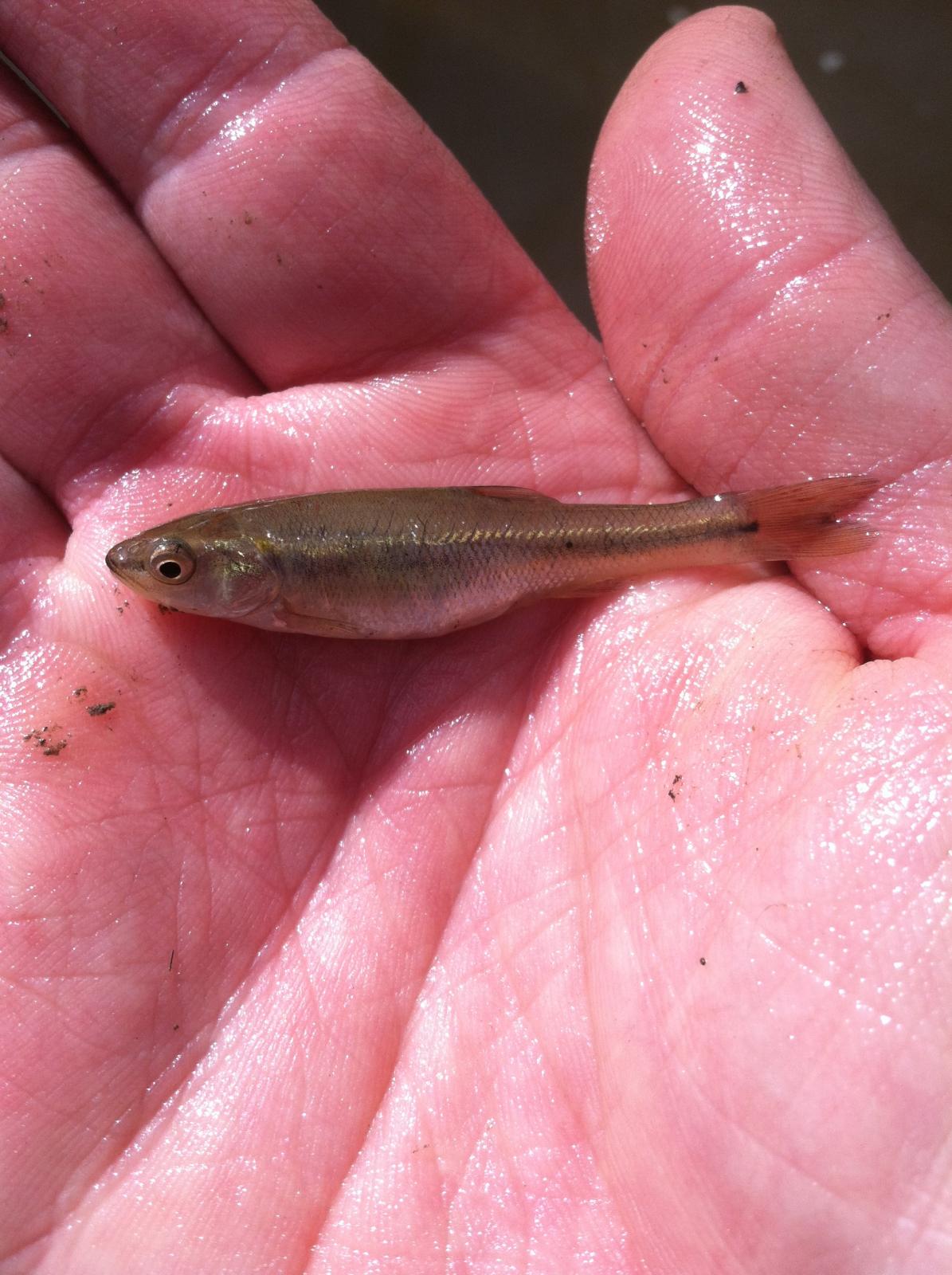 I also got a bluegill, a dead brown bullhead, and I saw a darter. I couldn't catch it to id it because it darted away.

In the 1980's when I lived in the western suburbs, it was a popular place for anglers. From the stringers I could see from a distance, they appeared to be primarily catching sunfish. The water quality will have improved significantly since then. Nice to see that the curly leaf pondweed is growing. I assumed that it was still too cold for macrophyte growth. I need to check my ponds for hornwort growth after the winter.

How certain are you that it was a brown bullhead? Black seems more likely to me in that water.

Olaf- If it wasn't a brown, then it was a yellow, which as far as I know, are sorta uncommon around here. The water was surprisingly clean, and in the area I was in, was fast moving. I guess I could have been wrong, the thing was VERY dead and I didn't touch it, but was curious enough to at least scoop it up with the net. As far as I know my bullheads, it was a brown.

Swampfish- I went to quite a few different spots and saw quite a bit of Potamogeton crispus washed up on shore at a few different places. A little bit of hornwart here and there, but not much. I'm not too familiar with the canal around my area, but out west near LaSalle it was thick with carp and gar. I swear at one spot right off the Illinois there were sturgeon jumping. I was a kid though, so the probability of me being wrong is pretty high.

Olaf- If it wasn't a brown, then it was a yellow, which as far as I know, are sorta uncommon around here.

Well it was dead, so I wasn't taking a strong look at it. When I first pulled it out, I thought it was a massive bullfrog tadpole. I'm about 99% sure it was a brown though. I've caught a million of them.

They're pretty rare in this state I think, especially compared to black bullheads. In my experience they want cleaner, colder, faster water than is generally available in Illinois year-round. I don't think I've ever caught one in this state, but I've caught a million blacks. I'd like to know they're around, so I want you to be right, but everywhere I've seen that canal it's pretty stagnant by summer and stays that way.

Kishwaukee River is the one place I've caught brown bullheads in IL.  (not saying they aren't elsewhere of course) 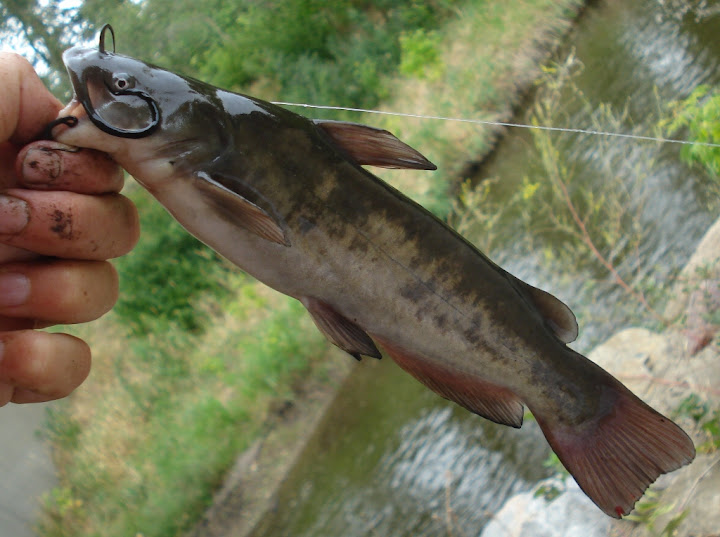 Like I said, the thing was dead, so who knows.