Nest Quest and Darters too


3 replies to this topic

I drove around scouting locations for fallfish nests from shore with hopes of witnessing a spawning. I assumed the very low water level (which in a matter of weeks went from snow melt flood to very low) would make nest finding easier,

First I went to a spot in Swanzey I passed that had exposed gravel the week before. Upon returning I saw that these were definately gravel versions of sand bars (with some stones too big for a fish to move). I moved on to Winchester to a spot where I see fallfish gather with signs of breeding color and/or tubercles in the spring. Their were no fish their and the low water revealed this spot and the tributary that flows in their were both all silt.

So I decided to head to my usual spot in Swanzey by the old mill seeking gravel nests near where gravel is found. I waded in trying to reach an odd spot of rounded gravel but was nervous of crossing the mid stream point where current is strongest.

On looking upstream above the covered bridge I saw a set of stone steps heading down to the river on that side. I went over to the steps, stood at the top looking into the water, and saw something very odd. between two pipes and a mound of rocks appeared to be a small gravel pile. Could this be it? (sadly it is barely visible in the photo). 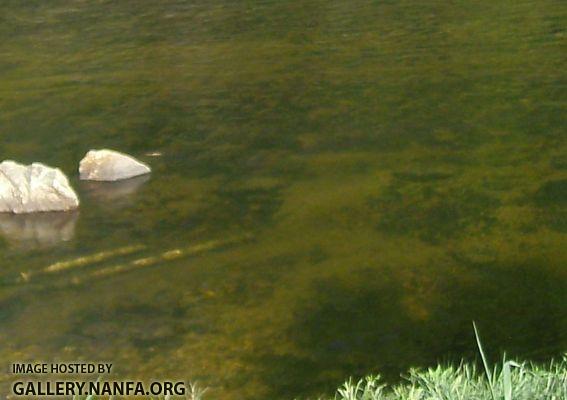 I entered the water. It was seperated from the rock pile but just barely, most of the stones were of similar size. Could this be a chub nest? 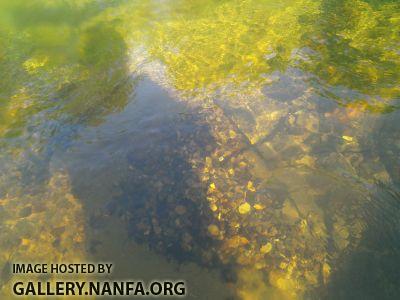 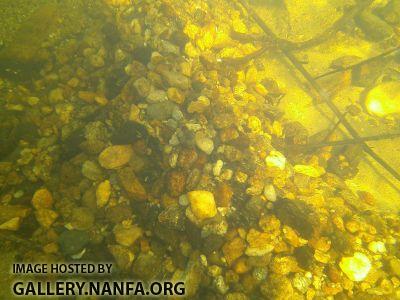 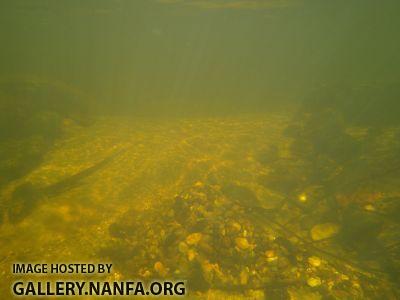 It was definately NOT the six foot by three foot monstrousities I heard of. But could I have found my goal? Sadly I saw no fish their. (if I did I would have submerged my whole body not just my camera at that spot).

Seeing the downstream travel difficult I went back to the other side of the road by foot to snorkle below the lower "darter passage" where I tend to find fish, With the water level so low I was left wondering if darters were even able to actually pass through it now. 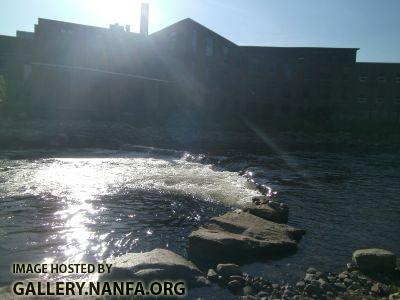 I was still hesitant to get wet.... until I saw a minnow. Then quickly I was in the water and the minnow gone,

My stirring up the bottom stumbling through the rocks brought out the tesselate darters though, including a big one nearly three inches long I nicknamed dog. (he was following me for food and swam up to my hand, sadly when I steadied myself he swam off so never actually sat on it). 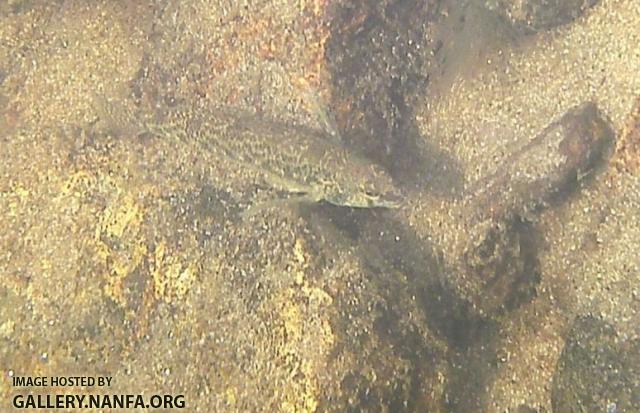 I actually got to see the big guy eat too. One thing stirred up as I fumbled on the rocks was a whitish grub like larva which he ate enthusiasticly.

Their were a few more darters their too. 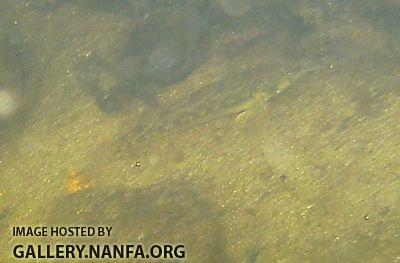 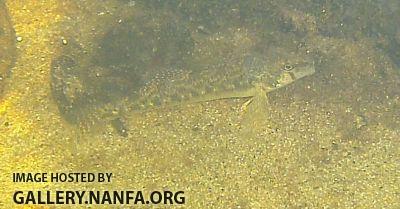 I am sort of curious on the darters camoflage. Is their a specific darter hungry predator they have evolved to evade or is it good generic protection.

A few times juvenile fallfish appeared and unlike before they did not stick around long, they quickly resumed heading down stream, 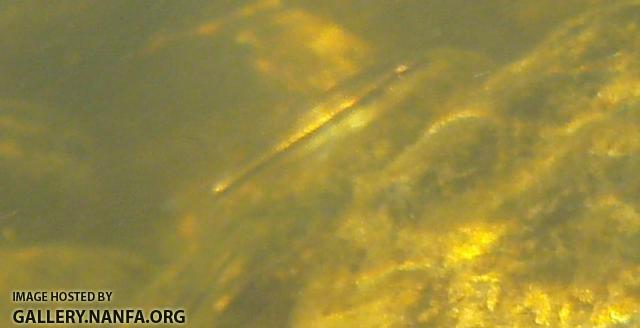 Twice I saw large schools of them. 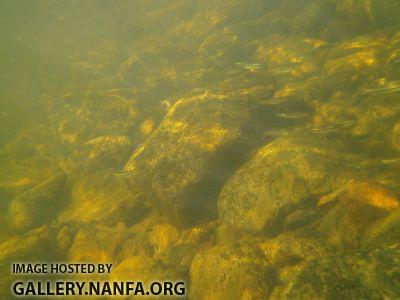 Their was also a crayfish. 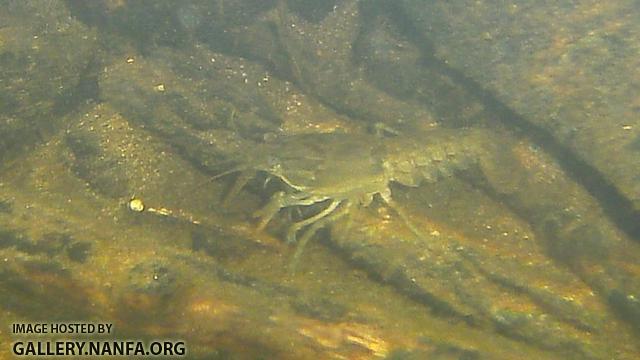 I am starting to wonder why I see less fish species snorkling than I do netting here. When netting I have seen longnose dace, yellow bullhead, common shiner, and red breast sunfish in this location. Maybe it's because I stay in the quiet area and do not move much into the fast current. (when I try I tend not to see any fish so I never moved too deep into it).

Good stuff Josh. It does look like a chub mound to me. Hopefully you can find an active one soon.

Back to Snorkeling for Natives