ID help for a bunch of insects and crayfish netted in n.w. Wisconsin


19 replies to this topic

I dipnetted in the Clam River, a tributary of the St. Croix River, in Burnett County, Wisconsin at the beginning of August. Mostly got Tadpole Madtoms, Common Shiners, Mimic Shiners, Bluntnose Minnows and probably a few other fish species, along with tons of crayfish and insects. I've spent some time googling and reading, but remain unsure of most of the invert IDs. If anyone knows what these photos show, please let me know. 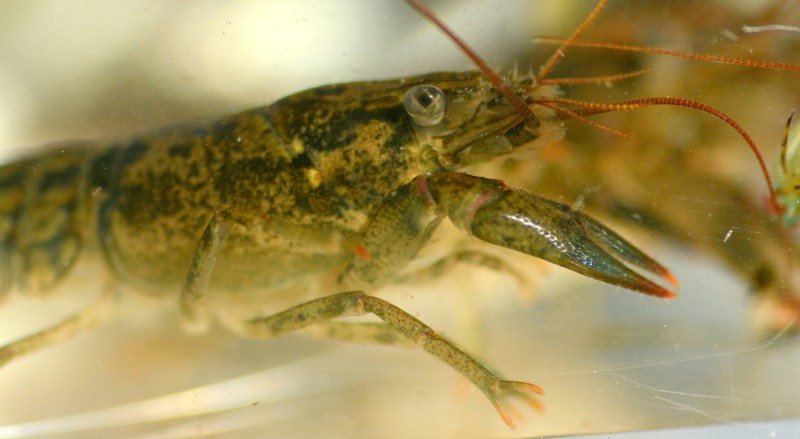 Crayfish 2. I don't know if this blue crayfish is the same species as the other:

Then there are the insects.

I believe the green nymph is a dragonfly naiad, but don't know which species (or even if it's possible to say). There's also the little guy in the lower right corner that I didn't even notice until just now.

Photo 4: Another nymph? Other insect? 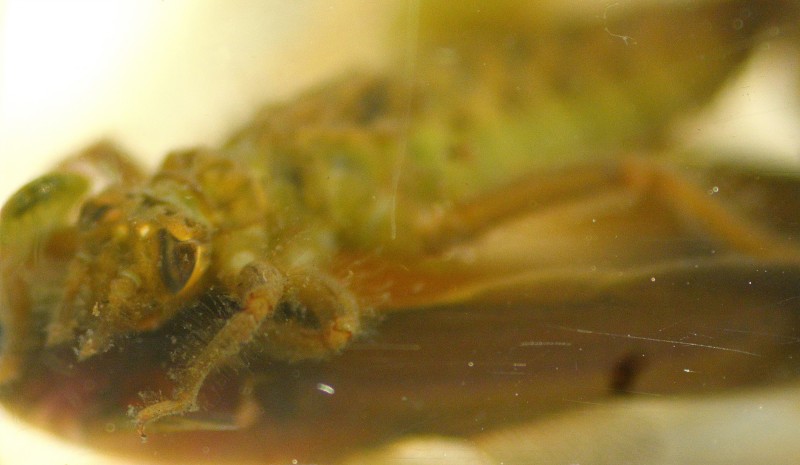 Photo 5: The dragonfly, some Ranatra (water scorpions) (I think), and what's the green guy with red eyes? 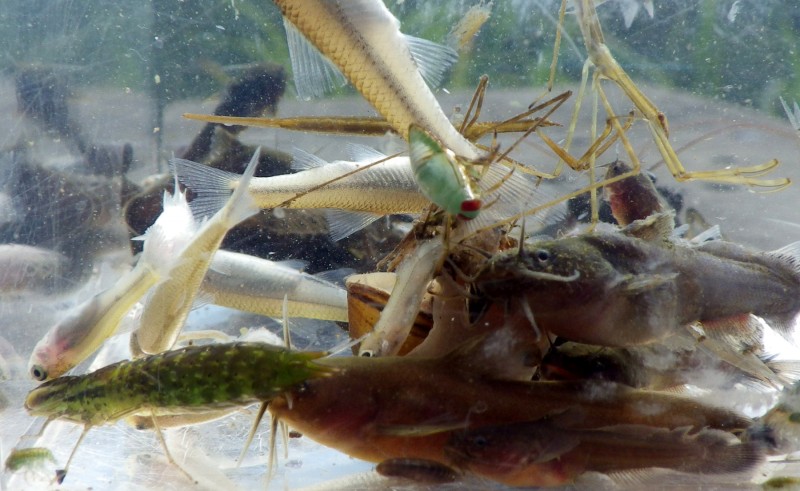 Photo 6: Another shot of the Ranatra, with knives out. 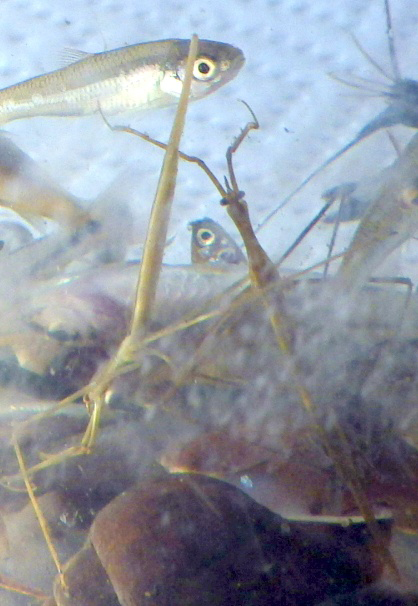 Anyone with better knowledge than me, please chime in! If you see any creatures in the shots that I didn't mention, and you know what they are, I'd love to know.

3rd picture bottom right is an amphipod or scud. I would agree that those are water scorpions in the lower photos.

Green beasties are dragonfly larvae, and I don't think it's possible to tell the exact species without incredibly good pictures and an entomologist.

The stick-looking guys are water stick insects, no relation to land stick insects. They breathe air through tubes on their butts. Pretty decent pets if you have food for them.

The red-eyed bug is a backswimmer. They bite, they're venomous (though not dangerously so), and the bites hurt for awhile. I wouldn't suggest handling them.

Swampfish Phil can probably give you families and genus of the dragonflies - the fuzzy brown one is a different family from the smooth green one.  Agree with everybody's ID's on the amphipods, backswimmer, etc.  Dont know the crays.  Those minnows look a bit under the weather ... too hot weather for collecting I assume ...

Thanks for the info so far.

I didn't realize that was a backswimmer. I got photos of them from above while they're backstroking, but no shots of their bodies except that one above. Cool.

And yes, some of the minnows expired far more quickly than I expected. Did my best to return them to the water quickly, but wasn't fast enough. First time doing this, so learned a lesson.

Some of the more delicate minnows minnow species start dying in the net in late summer and early fall. Becomes hard to photo them at all. You are not the first to learn it the hard way.

Some of the more delicate minnows minnow species start dying in the net in late summer and early fall. Becomes hard to photo them at all. You are not the first to learn it the hard way.

When water is warm, try using very short seine hauls (not more than 20 seconds) and an aquarium net or container to scoop them quickly from seine to bucket (rather than using hand) to reduce stress and mortality.  Minnows are built for quick getaway and dont have the resources for a sustained fight.  Once their adrenaline spikes, they lose a lot of salt ions through the gills in just a few minutes, and may not recover - especially when they're already close to their thermal limit.

I'll do that next time. Thanks.

What about having cooled (and perhaps oxygenated) water on hand for the bucket and photo tank? Seems like it would be helpful. Downsides?

Salt can also help, ~1 teasp /gal dissolved in bucket before you start collecting - to minimize the adrenaline-induced ion loss.

I try to avoid hot-weather collecting, but when unavoidable I bring small water bottles half-filled and frozen, to float in the cooler.

Short seine hauls. Great idea! Same as playing a fish hook and line in the heat.

I'm pretty certain that your long green dragonfly naiad is Aeshnidae, which includes the familiar Darners and many of the larger dragonflies. The one in photo 4 may be a Gomphidae but it's hard to tell for sure.

Those dragonflies aren't to be trifled with. Cool to keep in a small tank to observe, but don't expect anything to survive them. Here's what happens when you put in a predacious diving beetle larva (the same length as the dragonfly) in with one for a few minutes. Note: I didn't intend for this to happen, I was cleaning the beetle larva container and figured 2-3 minutes would be ok. WRONG

Thanks for the naiad ID.

Crayfish identification requires examination of adult male first pleopods, the ventral reproductive appendages at the base of the abdomen. Depending on the species, subadult male and adult female pleopods can be used. Then, juveniles are assumed to be the same species based on color pattern in the same water body. A few genera and fewer species can be identified by overall appearance, particularly some species of Orconectes. My wife used to identify crayfish and other aquatic macroinvertebrates for environmental impact surveys conducted by the Illinois Natural History Survey. She is less likely than me to guess at crayfish ID's as she knows them much better than me and understands the variation that occurs.

Before I started looking into this I had no idea how tricky crafish ID is. I'm used to simpler animals, such as fish or birds (neither of which is simple). I'm giving up on species ID of the crayfish, but they're both almost certainly Orconectes. Some of the crays I netted (possibly the top photo in this post) were probably O. virilis, but some/most were probably O. rusticus (the blue one in the second photo, probably). Next time I'll flip them over and get shots from all sides and angles.

Rusticus is commonly pretty blue/green. I think I may see the rusty spot on the side of your specimen, but am not sure. If there is a rusty colored spot on each side of the rear of the carapace you have one. No big deal here. Native. Not sure about where yours came from.

These were from northwest WI. Definitely invasive there. All they rusties I've seen here in IL have been pretty brown and drab, I think, and the red spots have been very pronounced, even on small ones.

Most of the usable photos from that day are now uploaded to flickr: https://www.flickr.c...ognelson/g956JX