It is near the peak months of the California Grunion Run in southern california and I can't stop thinking of these fish. I was looking the fish up on the internet, but I only have seen pictures of them spawning on the beach. Is there anyone on here who might have a picture, video, and or information on these fish outside of spawning season?

Also if anyone who has the chance to visit southern California from another state, I would recommend that you come see the California Grunion Run. It is pretty cool to see the beach swarm with fish and sometimes the waves also disturb the plankton causing the water to glow.

I caught a small one in Carlsbad last year by accident. 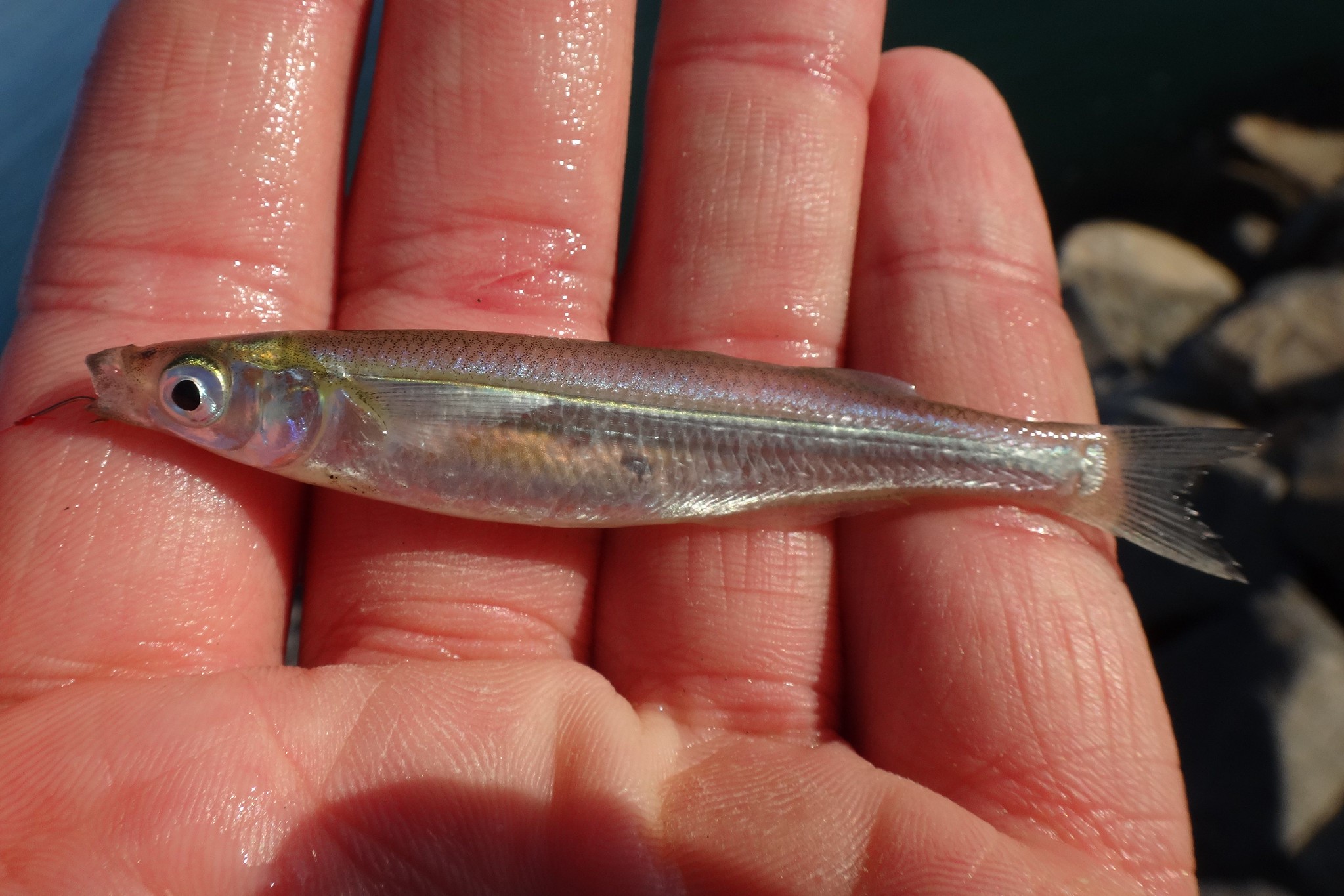 I have vague memory of a horror movie on very late night TV in the 80s... Something about grunion crossed with piranhas (I think), and maybe flying fish, coming onto the beach by the millions. Lots of blood and screaming.
So please be careful.

Found it. Watch this trailer before you get near the grunion run. It could save your life.
https://youtu.be/mLmnR-hHMj4

Better have a strong lid on your tank!

does anyone really watch the grunion run, thought it was like submarine races

Found it. Watch this trailer before you get near the grunion run. It could save your life.
https://youtu.be/mLmnR-hHMj4

I know what's playing movie night at the convention!

I have experienced the glowing water over here on the east coast. About 20 some years ago a couple buddies and I did some camping on Cayo Costa in the Gulf of Mexico. The first night was hot- even with the sea breezes. So we took to the beach for a moonlight swim. We were amazed to find that, even though we were sober, the water turned a funky, glowing, neonish-green Gatorade glow when we swam around in it. We decide we'd have a showdown in the surf -the Good, the Bad, the Ugly style. We put backs to each other and snuck off in different directions in the water. When one of us gave the signal, we were to turn around and churn up the water as much as possible. Creator of the biggest glow won. So, we put backs to each other, snuck off, and on the signal spun around and commenced a-splashin'. Abe's glow was respectable, Brad's was admirable, and mine was nothing short of spectacular. But the fourth dude created a wavy commotion that lit up the waters for yards around. Duly impressed, we all applauded, til we remembered that there was only supposed to be THREE of us. Screaming like banshees we formed three frothy, glowing wakes that met at the shore. Counting heads to make sure we were all back, and finding we were, we headed to the tents to remedy our sobriety situation!

Saw this in my news feed today.

Back to Salt and Brackish Water Fishes