26 replies to this topic

this is a reach, definately reaching here, probably just another Spotfin...but could this be a Satinfin Shiner?  Delaware River

also ID'd a few myself, caught a Bluntnose Minnow , which is listed as rare in this Watershed so that was a solid pickup

Lastly, this is pretty ridiculous, but this is has to be a record shattering catch...for smallest first Smallmouth Bass ever caught. It's extremely unlikely anyone in history has caught a Smallmouth so small for their first Smallmouth catch.  Every time I go out there I put in some time for Smallmouth, I've used multiple topwater lures and now Senko worms which people seem to crush them with out there...all I do is lose rigs and catch nothing.  It's pretty pathetic.  Then I accidentally caught this microfishing

There were hundreds of small 1 to 2 inch long slim fish eating algae off the rocks.  I could not get them to bite, then Idropped down to what I thought was one of them and caught that Smallmouth.  I can't imagine baby Smallmouth nibble algae off rocks so it must have not been one of those fish.  Do Darters or baby Suckers nibble algae off rocks?  I can't figure out what those fish were, looked like darters but didn't behave like I would expect, and they ignored tiny worm offering.  Next time I guess I need a net to see what those are

They were likely hunting and eating the micro/macro-fauna living in the algae.

Freshwater Fishes of Virginia mentions satinfin having more pigment in the anterior dorsal membranes than spotfin does (pg 362), so yeah it could be satinfin, but my confidence is low.  I don't think you'll get a sure-fire ID based on those pics.

ok thanks, figured it was a reach, but worth a shot at least.  It sounds like Spotfins are displacing Satinfins in the Delaware so they might be quite rare there

Cyprinellas can hybridize when introduced into other species' ranges.  C. lutrensis is the most notorious for doing that (probably because it's been spread around more than any other Cyprinella as bait and/or aquarium fish).

Alright guys.  My near-term fishing outlook is bleak and that Buffalo trip was a disappointment.  And I also recently just had another misidentified old fish corrected.  So Fishy really has no choice but to re-open this case.

The Spotfin Shiners I've caught, and most pics on the internet of cyprinella minnows, show them mostly all silvery, not really with this kind of coloring.  That said, if it's accepted by knowledgeable NANFA fish experts that this is a cyprinella minnow, then it can only be Spotfin or Satinfin Shiner (This was caught  in Delaware River at Port Jervis, NY).  And the pic appears to show clear evidence of pigmentation across the whole dorsal fin.  So why can't this be ID'd as a Satinfin Shiner?  Obviously I'd prefer to catch a healthier looking, non-debatable Satinfin, but that may never happen, as it seems that the Spotfins may be displacing them in NY and they are becoming more rare.  I think.  Read that in that Atlas of Inland Fishes of NY publication.  But I don't see why there isn't enough evidence here to reach the 85% confidence interval for an ID.

Case officially re-opened.  Any of ye NANFA ID Wizards got anything on this?  Do any other minnows have dorsal pigmentation like this? 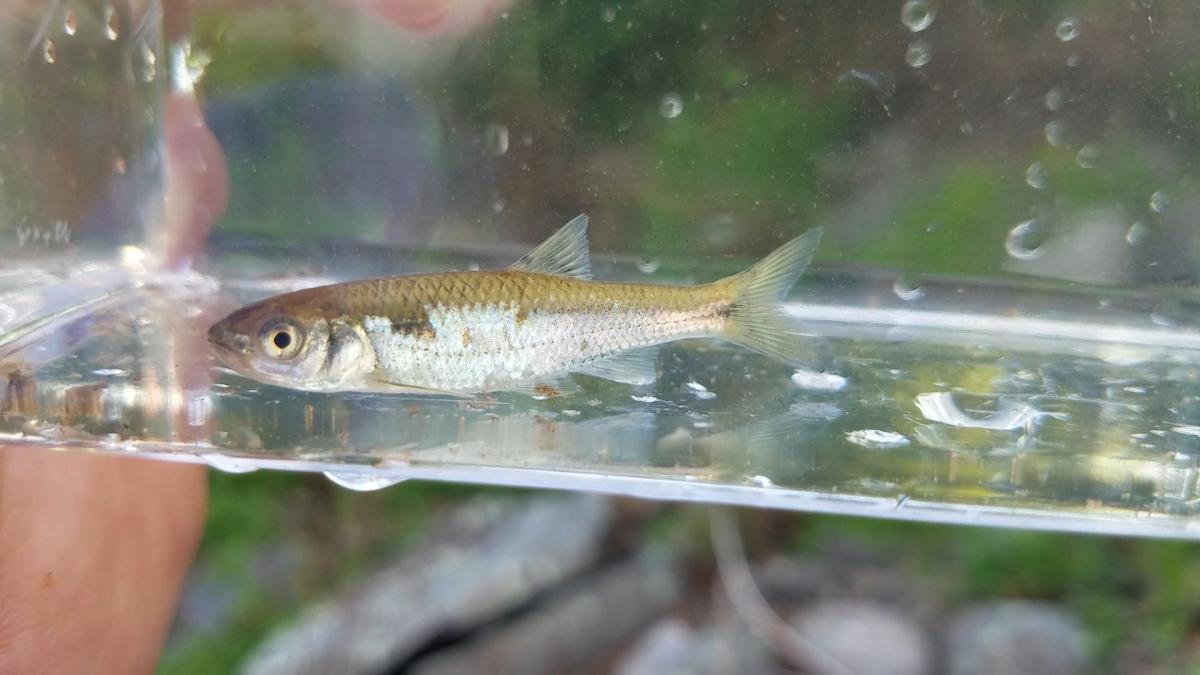 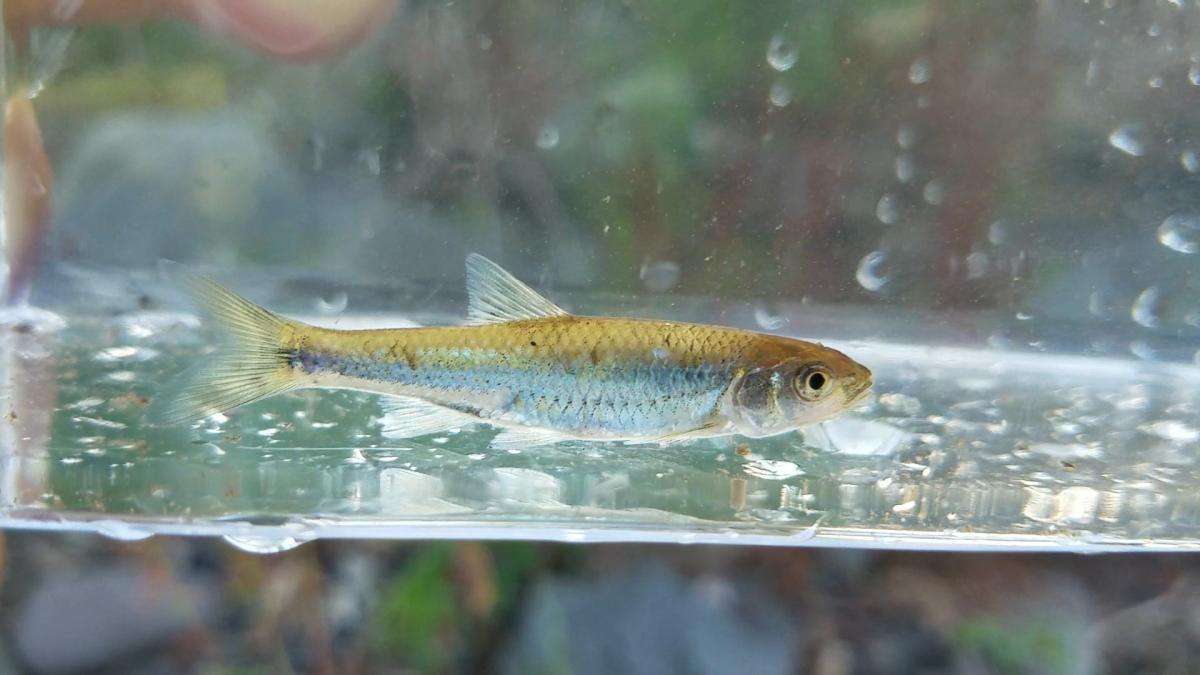 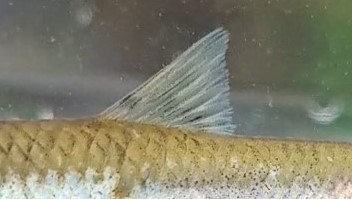 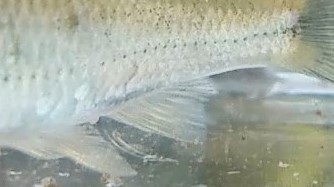 We don't have Satinfins here but they are nearly identical to Steelcolors according to Petersons so I would guess that's what you have more likely than not.

That said, I am far from an expert especially Atlantic Slope species.

Jenkins & Burkhead FW Fishes of VA has the most detailed comparison.

Jason with the Satinfin vote, my man!  Thanks bro

Gerald- Having tough time finding the detailed comparison but I do see those 2 referenced a lot.

I posted the pics on that roughfish site too to see if anyone concurs with the Satfinfinosity of this fish.  I'm close to the Official Declaration of Satin.

This is what it has come to bros lol.  Can't afford to let the Satin off the hook.  Tough sledding out here nowadays for the Fishy Wonder with the babies at home and mostly difficult fish left to catch locally.

lol on the other site they believe this isn't even a Cyprinella minnow.  In which case I guess this would be a Spottail Shiner.  Good lord.  I guess I just assumed we were all in agreement this is a Cyprinella.

This case is no longer Spotfin vs Satinfin.  It is Notropis vs. Cyprinella.

Gerald- would you buy that this is actually Notropis?

Does your Atlantic slope version of hudsonius ever have pigment in the dorsal?

Does your Atlantic slope version of hudsonius ever have pigment in the dorsal?

Well this is not info one could find on the internet, because most pictures of hudsonius are of the other variation of it.  It's clearly 2 different fish and it should have a different name and separate description.  Descriptions online say fins are all clear, but that is probably describing the other  version of the fish so who knows.  My only experience with Spottail even though it's a common fish, is this fish from my Champlain trip couple years ago.  It was ID'd here on NANFA as hudsoneous (I think both fish below were either same fish or at least same species).  It does look the same as the fish in question, and the top pic seems to show dorsal pigment.  This fish below seems to have more snout pigment and a larger eye than the fish in question, but yea.  Notropis hudsoneous looking likely at this point. 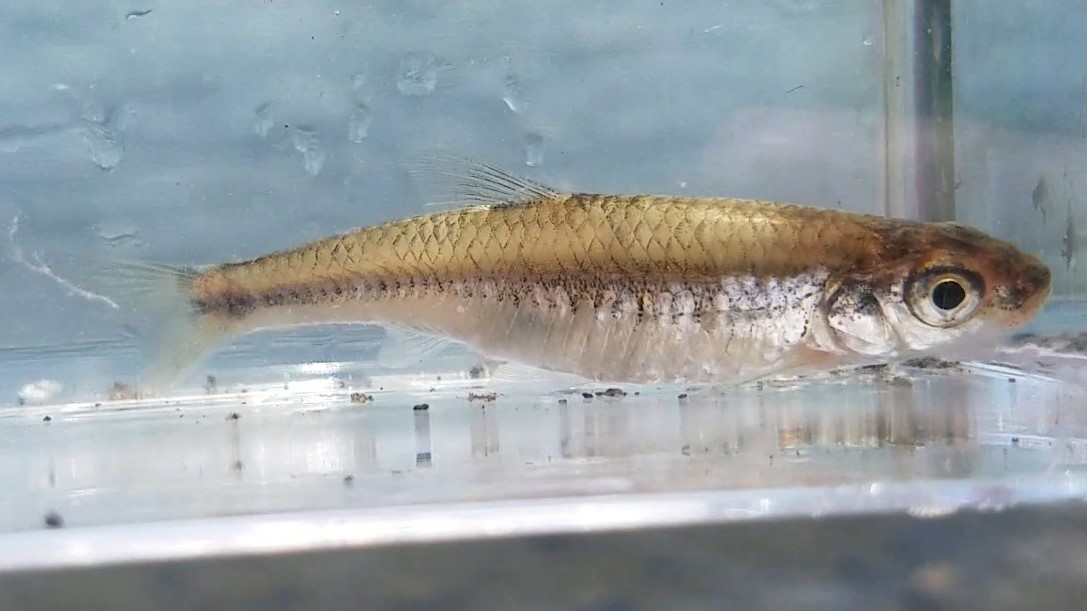 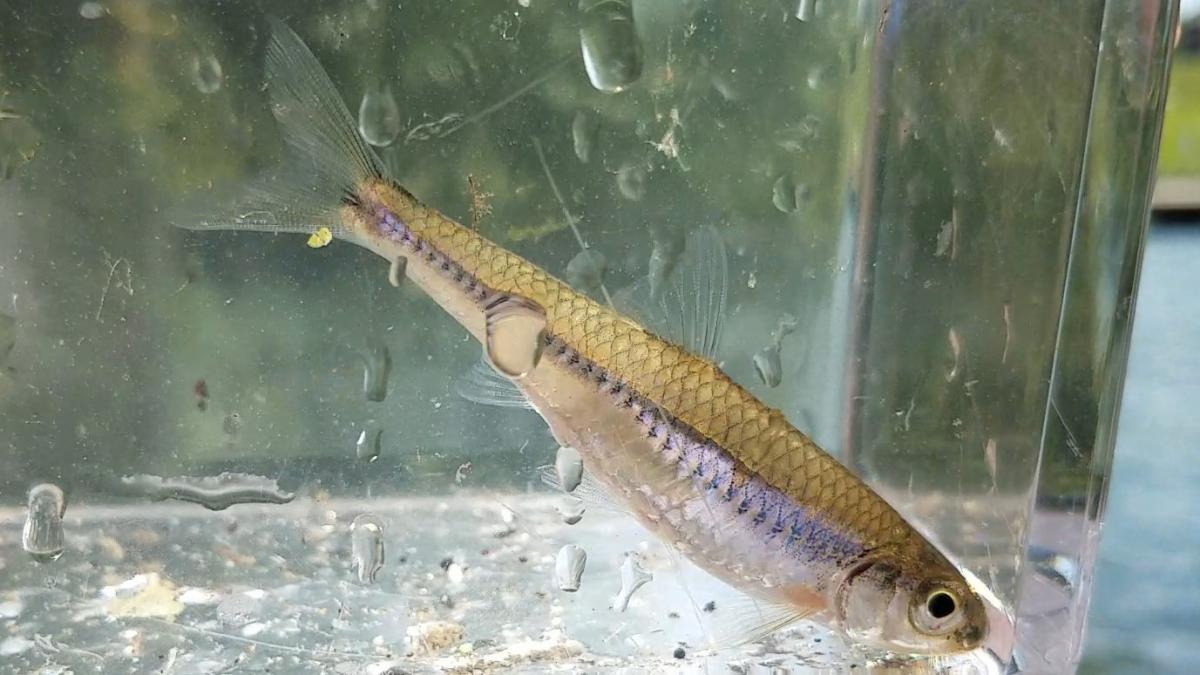 Yeah, I like it for a spottail. Someone, What are the waiting for? needs to fix that species. Splitters and lumpers ought to be able to agree on this.

thanks Matt.  Looks like case closed as a Spottail.  I'm really surprised this thread got so many views without someone saying it can't possibly be a Satinfin since it's not even Cyprinella.  I guess it's just tricky since it's one of these weird undescribed northern Spottails.  Disappointing, but alas...

Can't the NANFA community band together and petition change for this species classification?  The name "Shortnose Shiner" is available.  This thing's nose is quite short.  Shortnose Shiner (Notropis Non-Satinfinus)

I looked at it several times thinking possibly not cyprinella, but with the fin pigment present, couldn't place it anywhere else. Don't let anyone fool you. Fish ID is tough, especially if you aren't doing it everyday. It is satisfying when the mystery is solved though.

yea I'm disappointed it's a Spottail but satisfied that it's solved at least.  As usual, always appreciate any help I get on here because it's so difficult, but it's also part of the fun of it.  Assist goes to the roughfish site for this one.


2 user(s) are reading this topic