That Gar Over Thar

I knew it could only be a gar.

I just don't know which gar!

After retrieving my cell phone from the company truck, I was able to catch a few suggestive snippets of video and some stupefyingly secretive stills. Alas and alack, I never really got a clear shot of the snout which I suspect would have helped a novice like me narrow things down a bit. The while time it was just hovering in place, fanning its rear fins at me disdainfully. There weren't many options for good angles, the fish was a decent few meters away, there was some glare on the water, and all the other little obscuring factors that could hide a bigfoot in plane sight.

Anyway, here's the least worst of the stills I've got. (There are some video clips but I need to lightly edit them before uploading) 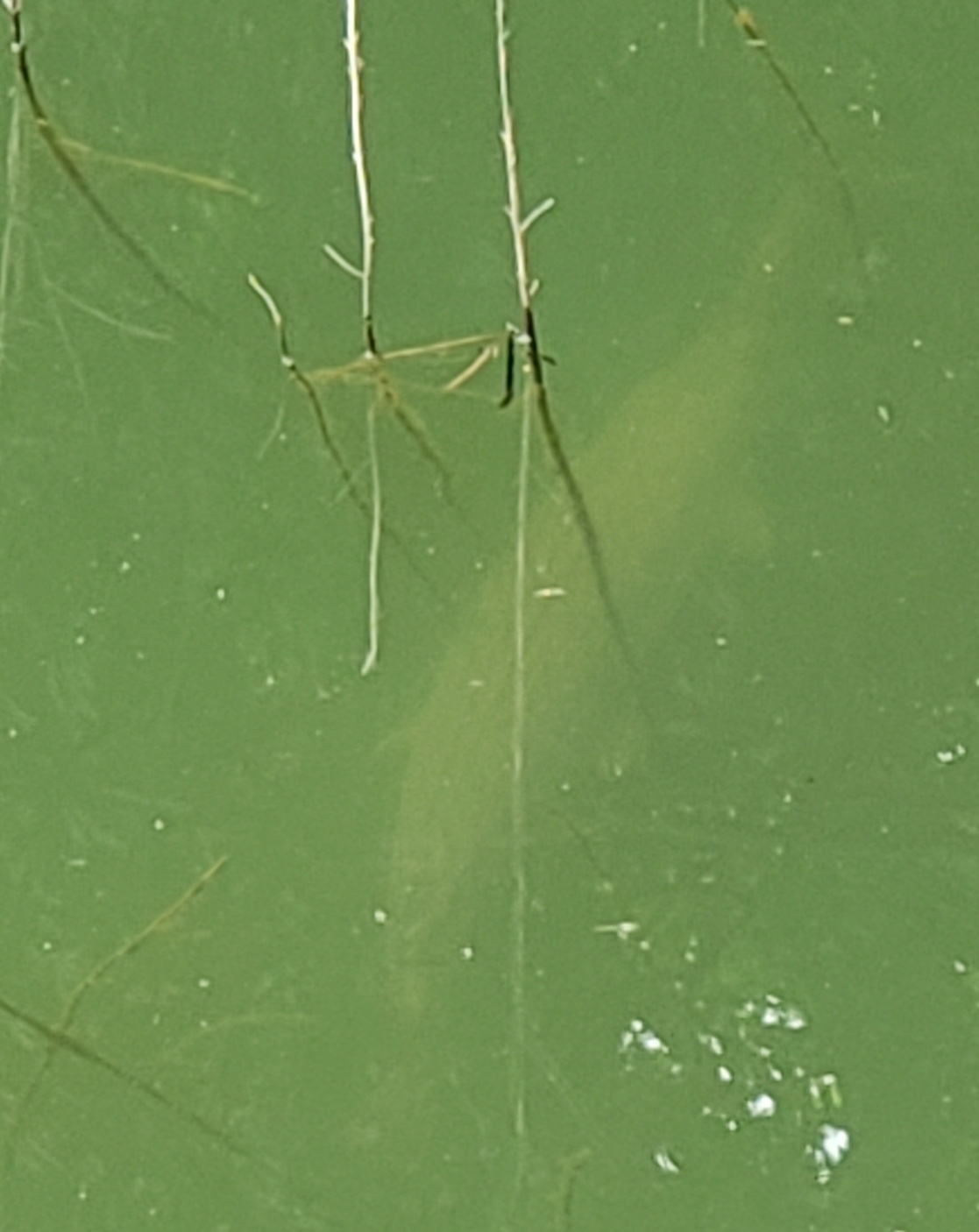 I'm thinking longnose because of all those small-ish spots along the body?


Spotted ol' Spot here in Clemson, South Carolina. I looked up the watershed on FishMap but didn't find any documented gar sightings. With a positive lock on the species I'll feel confident uploading my cache to iNaturalist.

I would guess Longnose. They are native to SC and what little I can see of the snout in the first pic looks pretty narrow.

I'd go with Longnose, too, but I'm no expert.  They can have those bold markings on the caudal like in your pic.  Darn nice lunch break!

Thanks for the input, I'm feeling more confident in that ID. I haven't seen enough actual gar to develop the knack for it.

Spotted gar seem to have bigger, tackier leopard-print spots. Florida gar should be right out based on range. Alligator and Shortnose gar seem to be more uniformly colored overall and that snout does look a little slender for either of them, plus the shortnose range doesn't seem to ever reach into SC regardless of the source I check.

Probably longnose. Appears to be extremely fat relative to length. Could be perspective and effect of the water's refraction, but could also be effect of lots of easy bluegill meals. You should definitely go back and catch it, or at least try to spot it again in different light and/or with different camera.

Just my luck, it was at the part of the boardwalk that was not designated for fishing. I have no idea if it would be there a week and a half later.

It kept stationary, wagging its tail with its snout down almost the entire time. My first suspicion was that it had found a bluegill nest to maraud. Do gar even maraud fish nests?

Here's my observation on iNaturalist btw.