Brought my camera-on-a-stick up to Long Shoals Roadside Park in Pickens, SC. It's a shallow, bedrock-bottomed section of the Little Eastatoe Creek which feeds into Lake Keowee, in the far north of the Seneca watershed (Fishmap 03060101) just a few minutes south of the SC/NC border.

Was expecting to find a lot of cyprinids and wasn't disappointed. I'll have to get some snorkeling gear soon.

Young Hypentelium nigricans? About 2 inches long, several of them in the same area, snoofing through the sand. It's hard to make out from the pictures but it has a sucker-style dorsal fin. They were so small I thought they must be darters until I saw that snout in the footage. 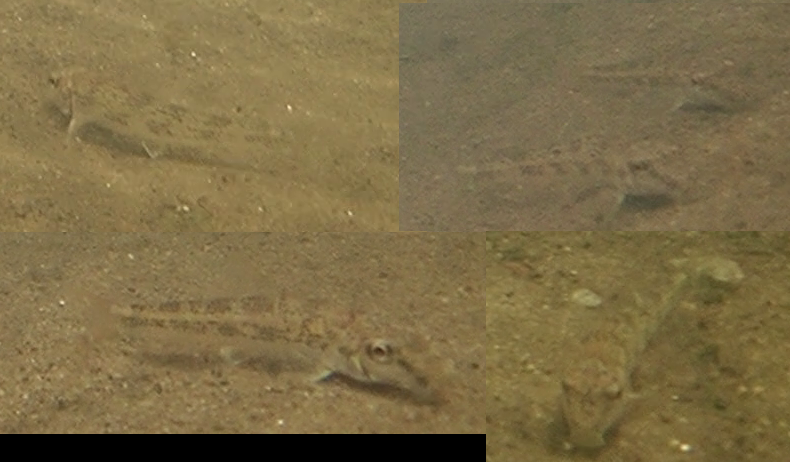 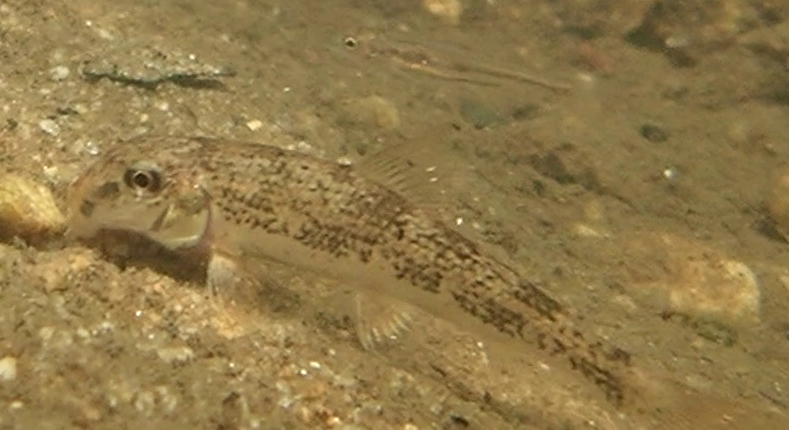 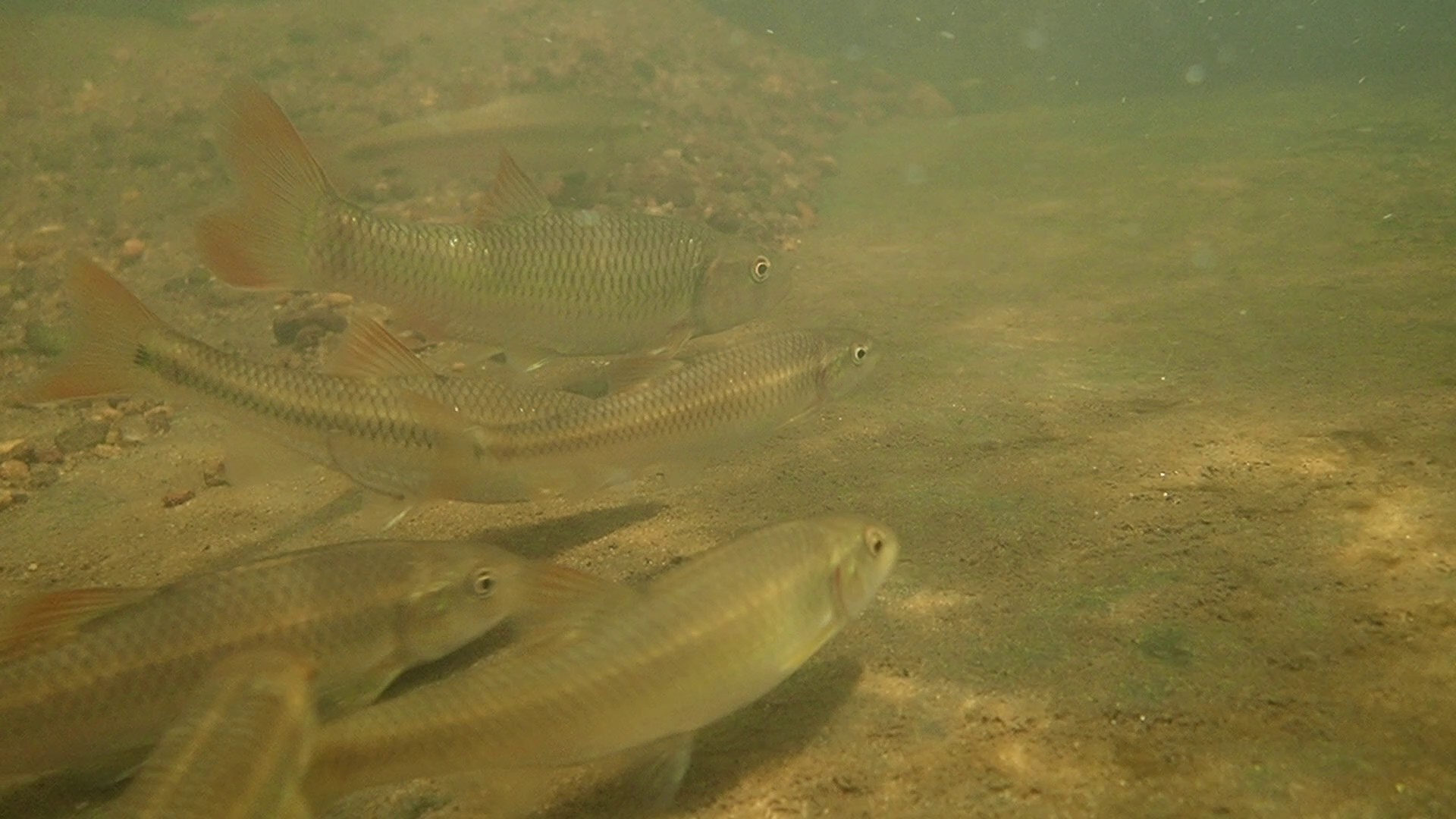 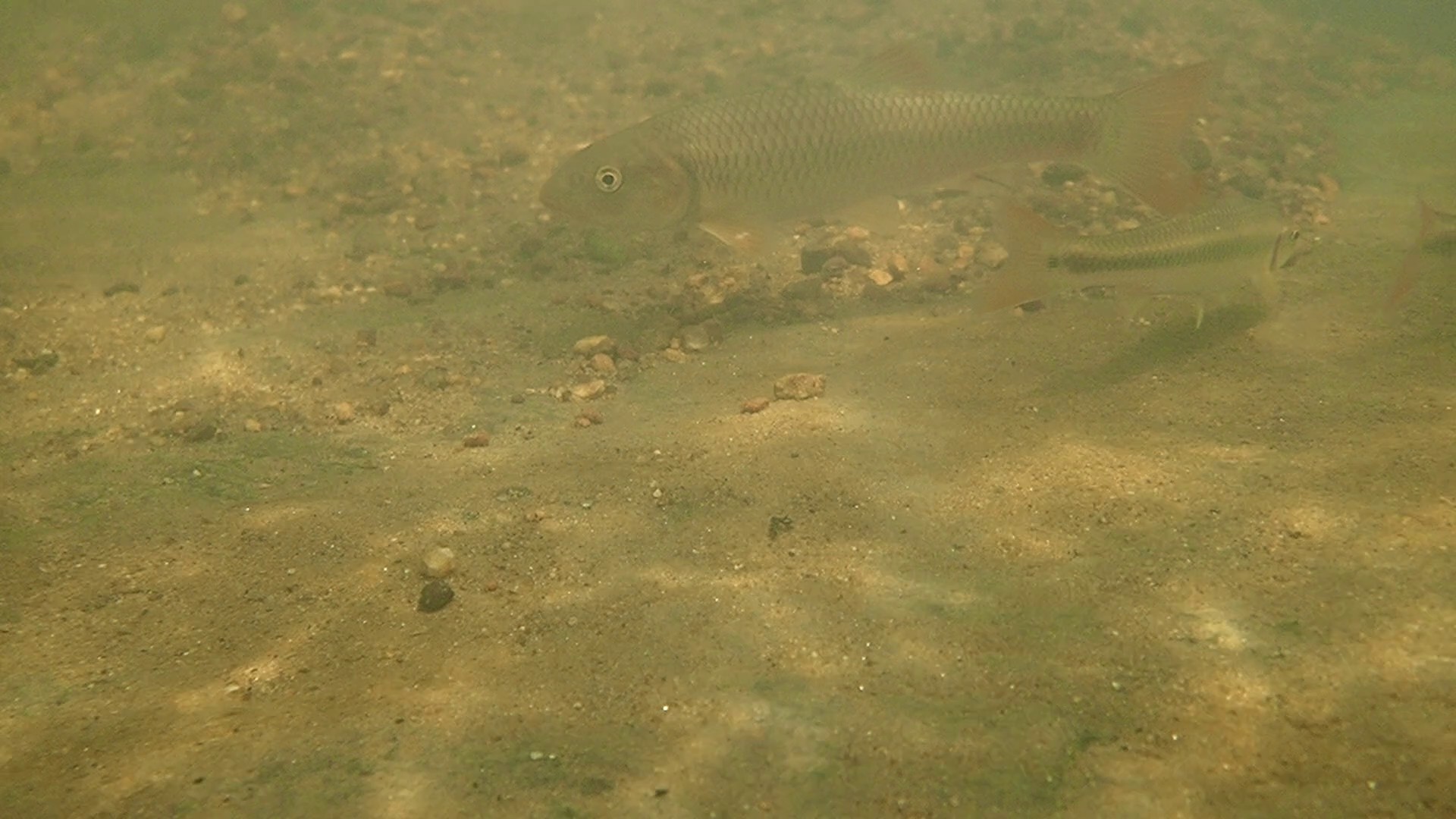 Shiners of some sort! This pool was full of 'em. More of those prolific yellowfins I've seen virtually everywhere I look? Some other Notropis? Something else? 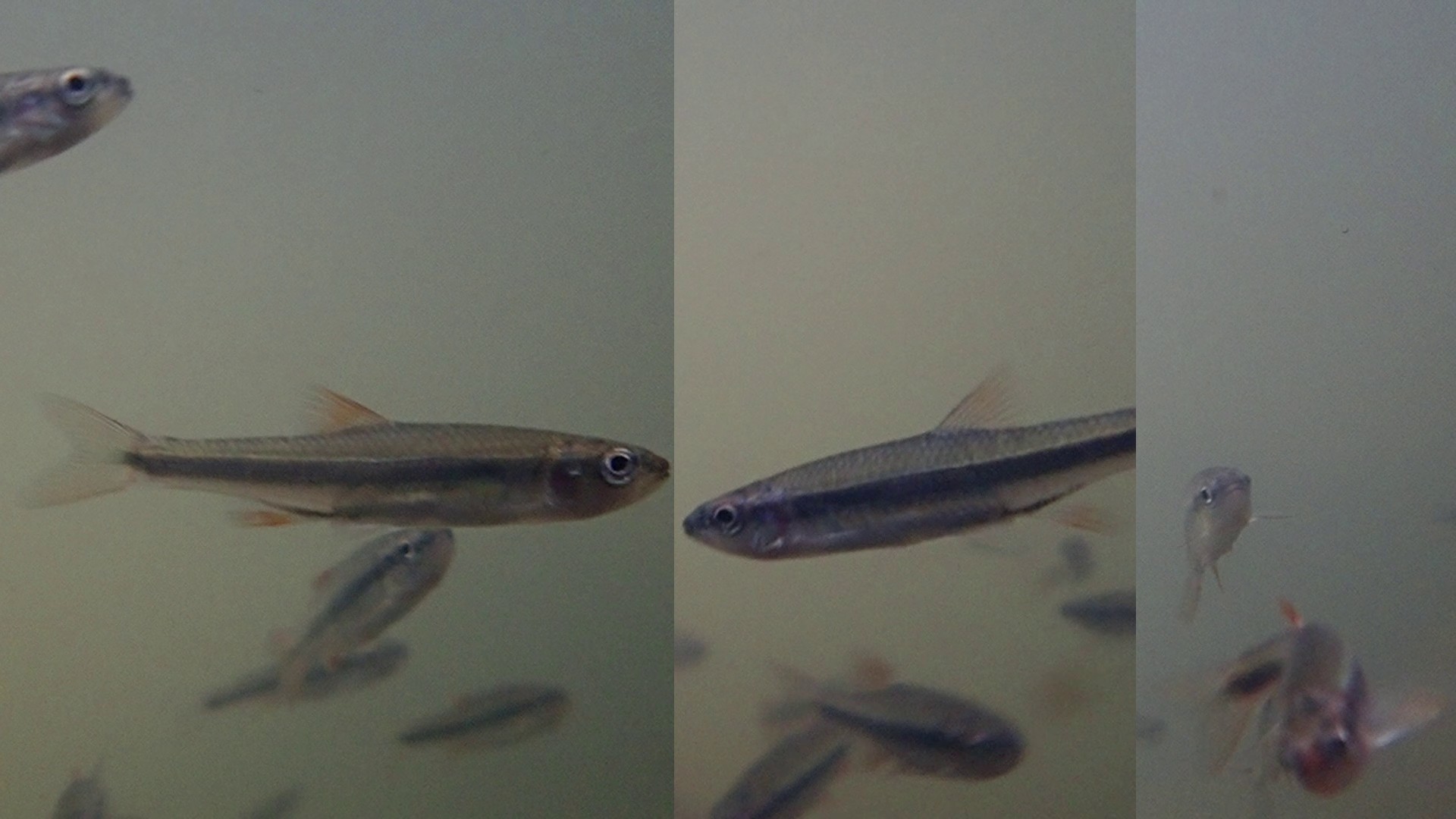 And down in the lower depths of the same pool, perhaps some Rhinichthys? 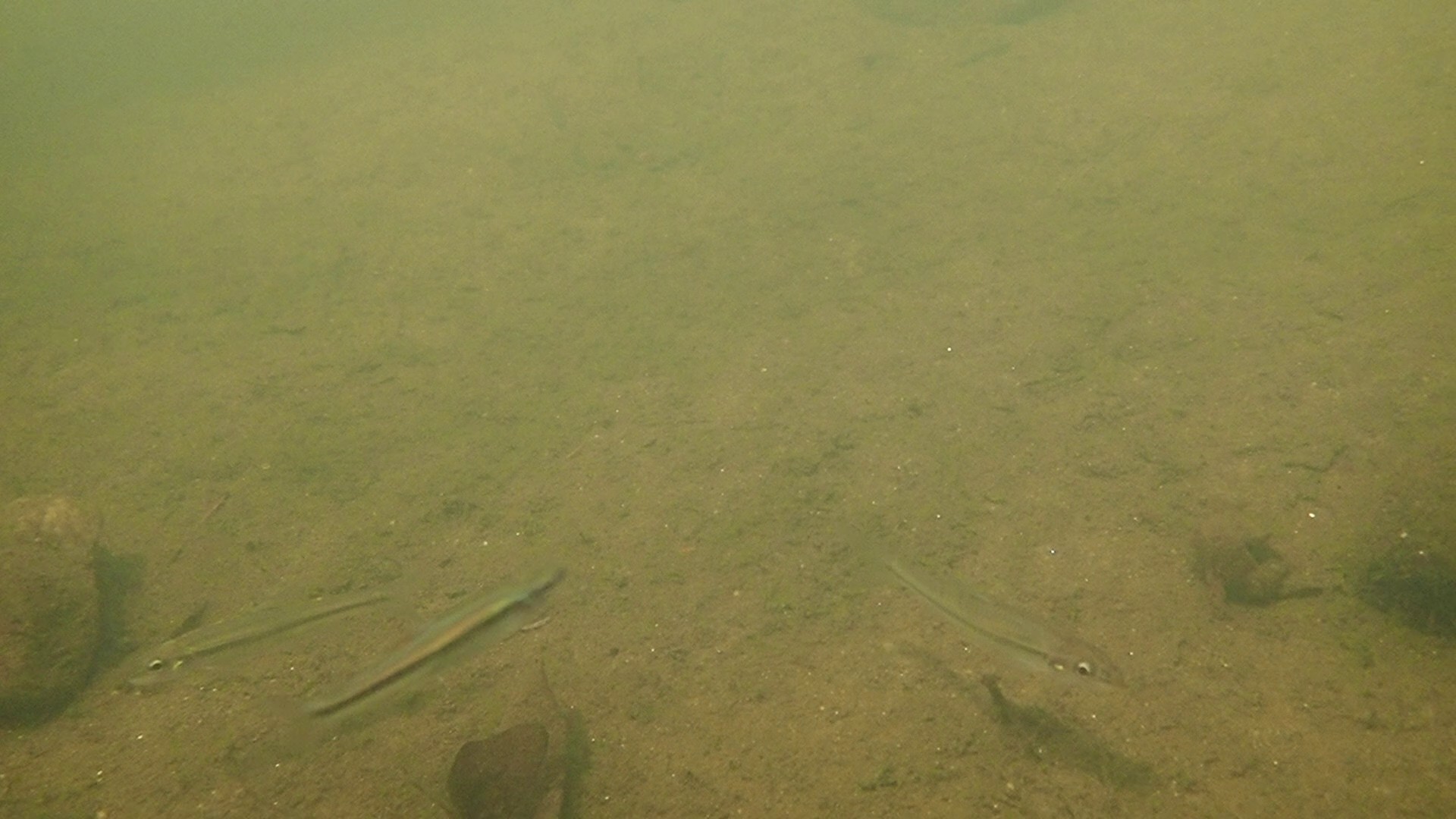 My upstream speeds put the brakes on posting videos, so I only have the first couple of dips uploaded so far. They're all in 1080p60fps so it's best to watch them in a separate window to pick out whatever fine details YouTube didn't erase.
On the plus side, you can slow the speed down by half to get a better look and still have a smooth video experience!

For the potential dace: (best look starts around 1:20)

Best footage of the baby hogsucker and the chubs will be posted later.

You've got your species down!  The potential dace in the video (and in the last photo) are likely rosyface chubs.