Well, Saturday October 3rd was the "release date" for all of the baby sturgeon I have been helping take care of all summer. We had a really big turnout at the event. I'm told that we had about 200 attendees! It was a day of happiness, as we got to see the culmination of a successful summer raising the little sturgeon. It was also a day of sadness, as we were releasing our "little babies" into the "great unknown". Hopefully we'll see them return in 20 to 25 years to spawn! That would be so cool! Anyways, I thought I would send this post with some pictures for the benefit of those of you who weren't there, so you can see how the event went. I also wanted to send this post as a benefit for those of you who were there, to relish the memories. On to the pictures! 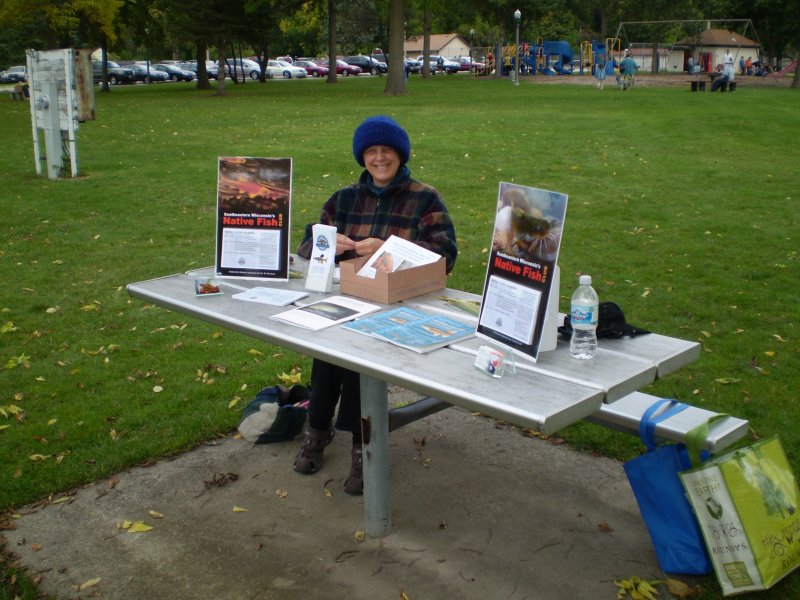 Here's Pat B.. She's a professor at Alverno College in Milwaukee, and a fellow member of the Southeastern Wisconsin Native Fish Club. She and I ran the Native Fish Club table, I was the one taking the picture. 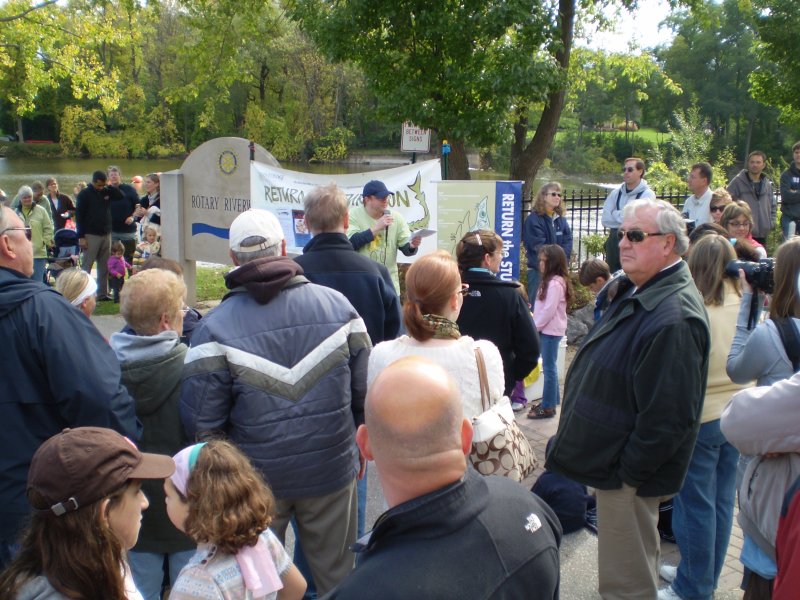 Here's the crowd gathering for the day's events. I don't remember the name of the guy at the mic. I think that he was from Riveredge Nature Center. 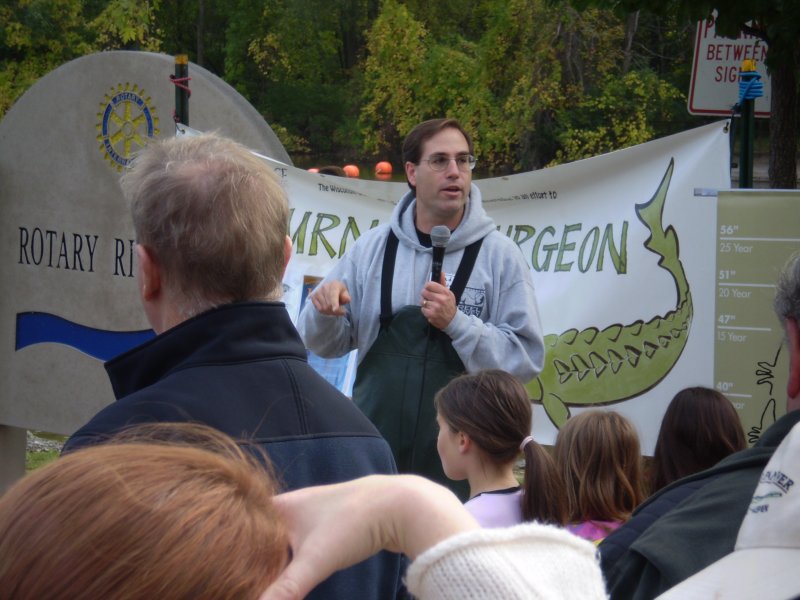 This is Brad Eggold. He works with the Wisconsin DNR and was the one of the DNR contacts with the sturgeon rearing project. He shared with us how successful this year's sturgeon rearing was. This year we raised more sturgeon for release than any of the 3 previous years combined! In total, we released over 2,000 sturgeon this year! 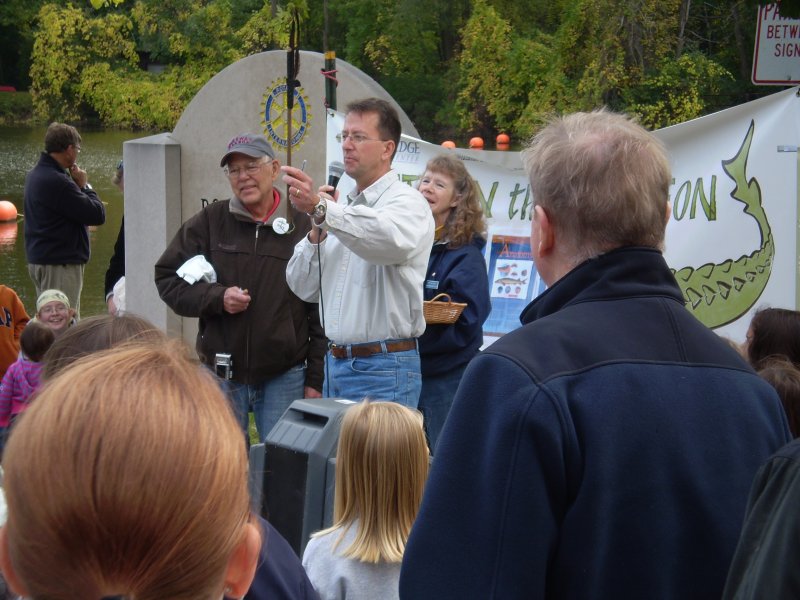 At the mic is Marc White from Riveredge Nature Center. He handed out "souvenirs" from our time at the sturgeon rearing trailer. Such items were given away as: squeegees, tank-cleaning brushes, brine shrimp egg cans, and the like. I didn't get a souvenir. Rats!!

Mary Holleback, also from Riveredge, is to the right and behind Marc. She was our primary contact for help and she answered any questions we had while working at the trailer. Thanks, Mary! 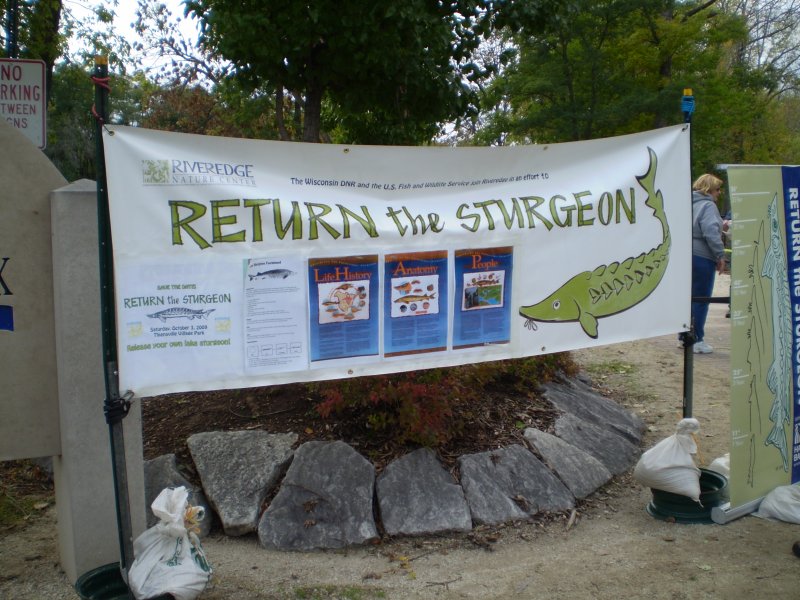 The event banner. Attached to the banner was more information than anyone would ever need to know about a sturgeon! 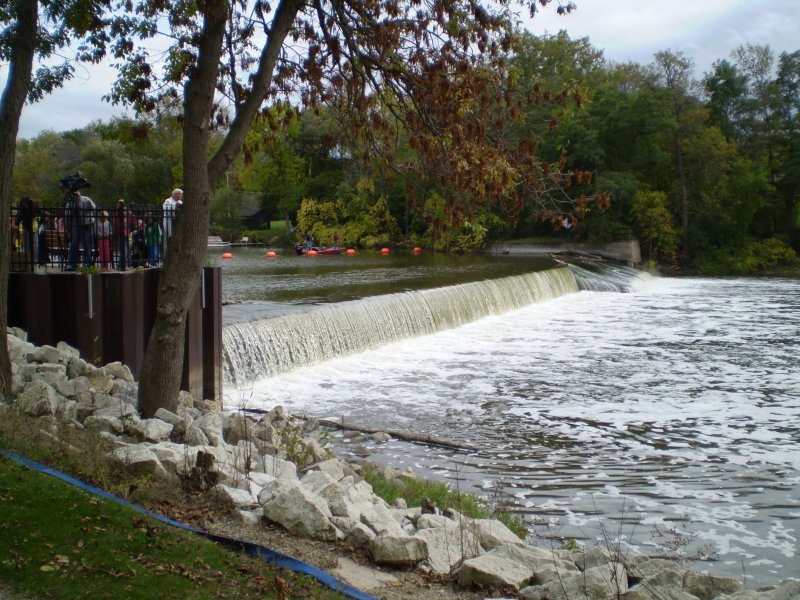 The Thiensville Dam. We released the sturgeon in the waters below the dam. Currently under construction is a "fishway" around the dam. This will allow our little babies to swim upstream of the dam to spawn in years to come. 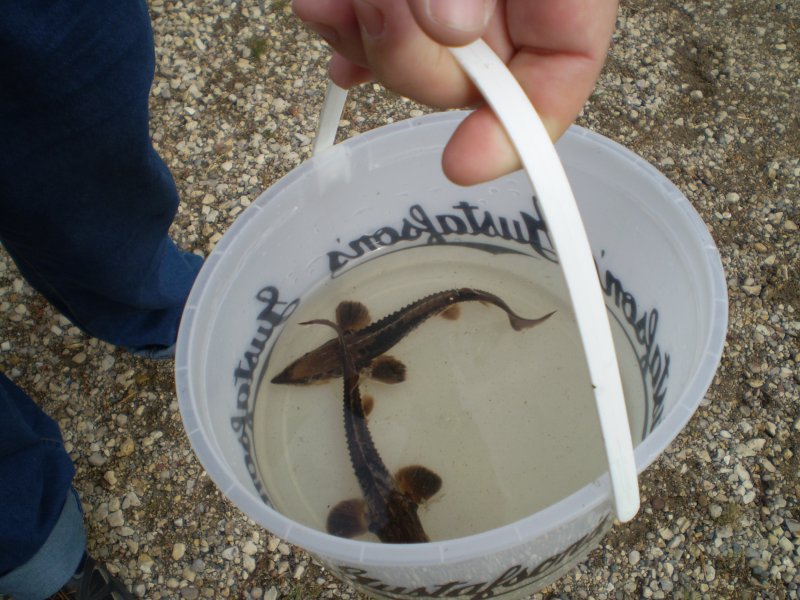 The little guys that I got to release. As you can see, they're about 6 inches in length and cute as a button! Well, I think they're cute anyways! 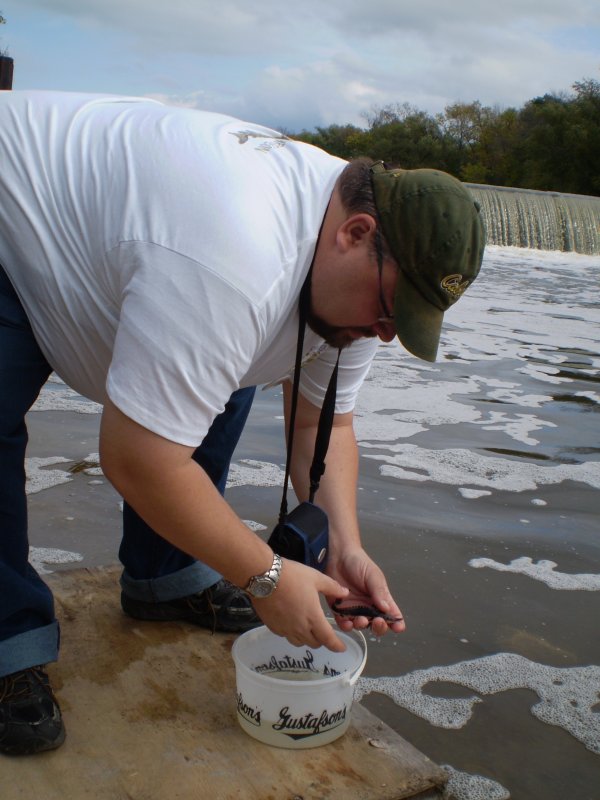 Here's me releasing one of the little sturgeon into the wild. Godspeed little one! This would count as a NANFA t-shirt sighting, except for the fact that I was wearing a "Return the Sturgeon" t-shirt over it. It was cold that day! 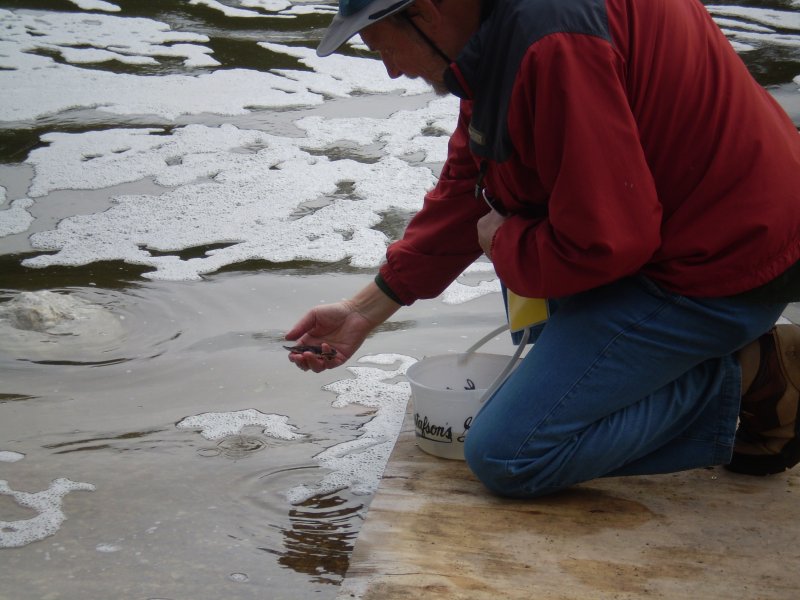 Ralph B., one of the other members of the "Thursday crew" releasing his little sturgeon. Definitely a happy, and sad, moment! 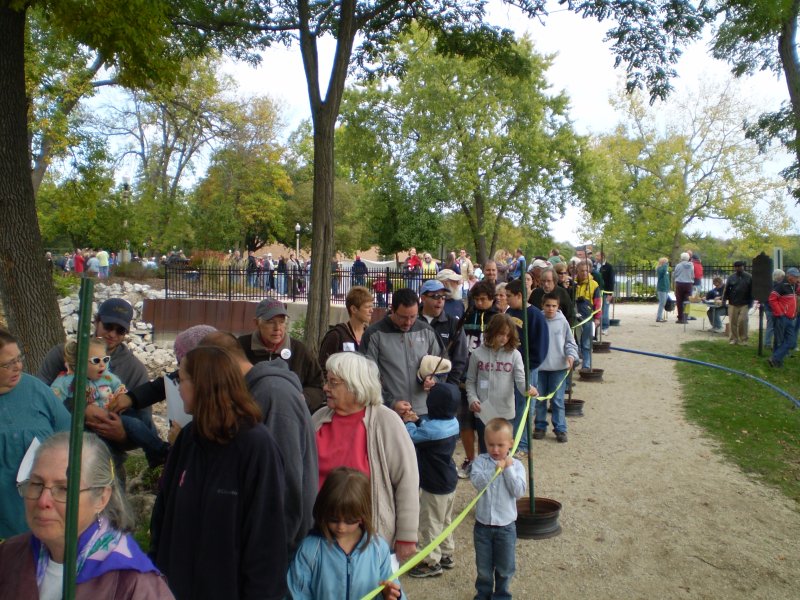 The line of people to release sturgeon. Quite a few people, as you can see! 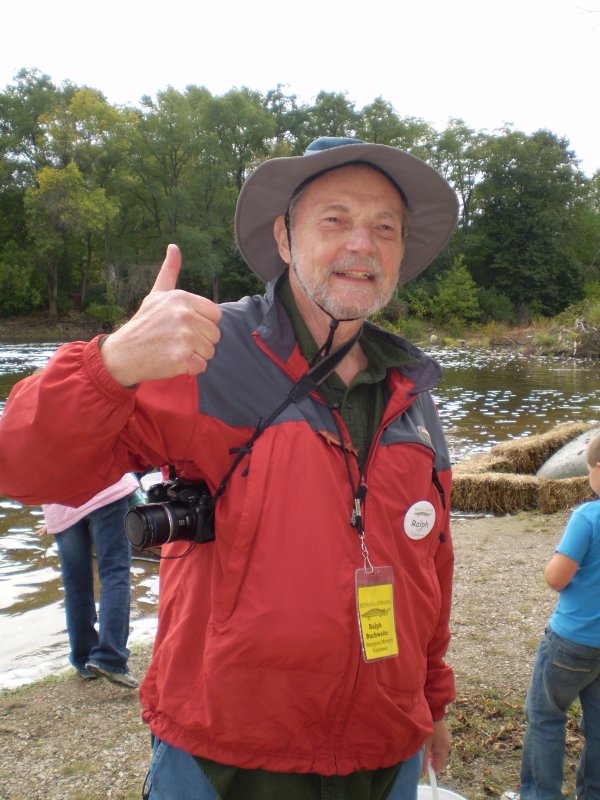 This event has been Ralph B. approved!

I hope you've enjoyed this pictorial story of the event, as I hope you've enjoyed my posts over the last several months. I hope to participate in the sturgeon rearing and release next year. Hopefully, we'll have as much success or more than we had this year. God bless our little sturgeon!