I just can't get over how pretty these bullheads are!


63 replies to this topic

"PICTURES ARE WORTH A THOUSAND WORDS"

You may need to use zoom to view entire image, or Click to enlarge 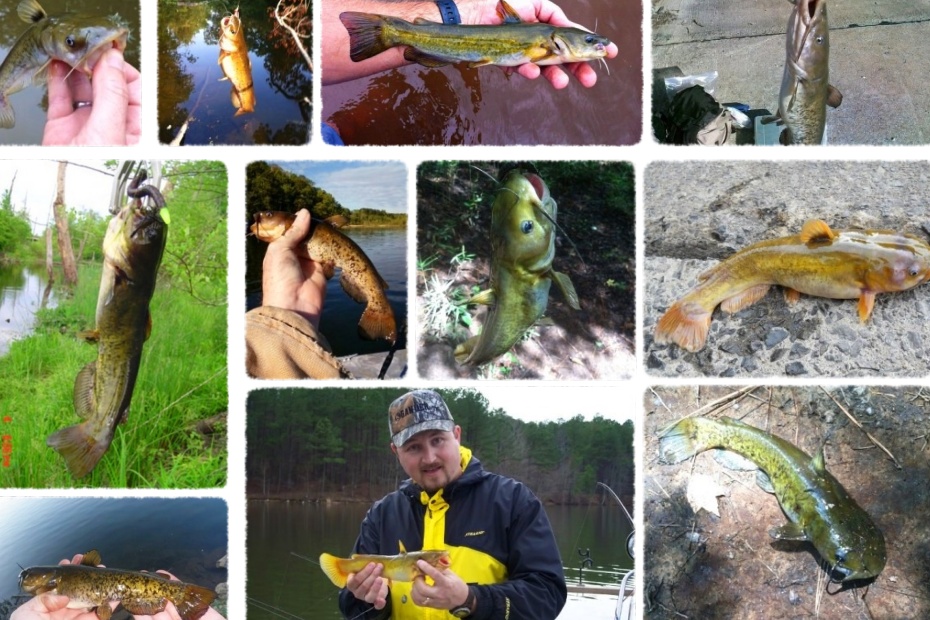 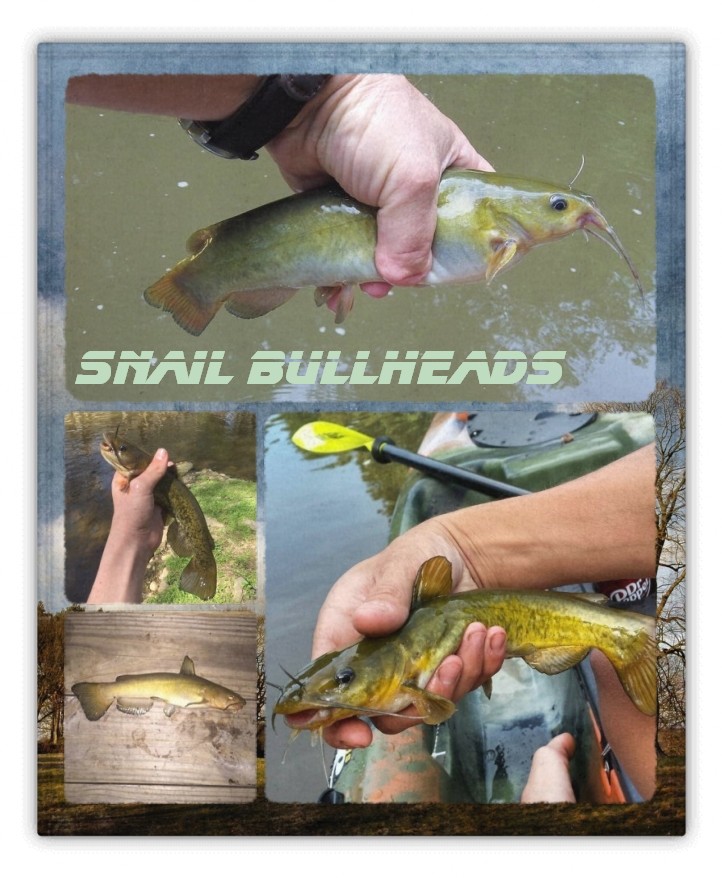 You might want to point out the distinguishing features of flat bullhead like you did for the snail bullhead.

It surely isn't obvious from the photos!

I'm currently working on Illustrative diagram for the Flat Bullhead. Just be patient I'll get it up on here in the next few days. For now I can tell you the most obvious difference is the head. The other differences are more subtle, and like the Snail Bullhead I will pinpoint those distinctions for the viewers. Just bare with me a little longer.

Wider broader head for males and smaller narrower head for females. Usually head is wider than rest of body on males and females head is not as wide as widest point of body. Other than that I have no idea.

Is there any consistent difference in pectoral spine thickness between sexes, as in many other catfish families (thicker spine = male) ?

There is no doubt that gender-specific morphological differences exist between just about "all" species of animals. Clearly I should have been more specific in stating my question. My interest is a morphological difference that is observable in the field. As a general rule, relative size is a poor class (i.e. gender) discriminant because it requires either that one have two similarly sized/aged individuals in hand to compare the relative size, OR a model against which one can compare the measures of the morphological character(s). In the case of the width of pectoral spine thickness, one would either need an example of a male and a female of the given species and of similar length to the unknown fish, or one would need a gender-specific and species-specific model that related total length to pectoral spine thickness. Not being a catfish specialist, I don't know if such a model exists. Absent that model, in the field it would be tough to use pectoral spine thickness as a indication of gender.

Head width-to-body width ratio IS a good in-the-field class discriminant because the feature in question is relative to the unknown individual's body, not to the population or subset of the population. The question I would have regarding this discriminant is whether fish "condition" would confound the discriminant's power? I have caught fish (Salvelinus malma) in very poor condition (on the arctic slope of Alaska) that we referred to as "sea snakes) because their bodies were so emaciated they looked like snakes. When well-fed, those same fish had "shoulders".

Your probably exactly right about body condition. This relative head to body width probably fails to work on fish in poor condition. I was basing my comments off my own experience with my fat and happy captive southern browns and spotted bullheads. I also had a pair of flat bullheads that spawned for me in a big tank in college that showed these same characters between sexes but again these were in very good body condition.

Paul you seem like a pretty involved fish guy you should be a member of NANFA not just the forum! We can always use more good fish people as members! Same goes for any of you who are regular posters on here... This has been a great discussion on bullheads that I as a long time member have really enjoyed.

Thank you for pointing out my membership status, smbass.I did not realize had lapsed. I have renewed it. 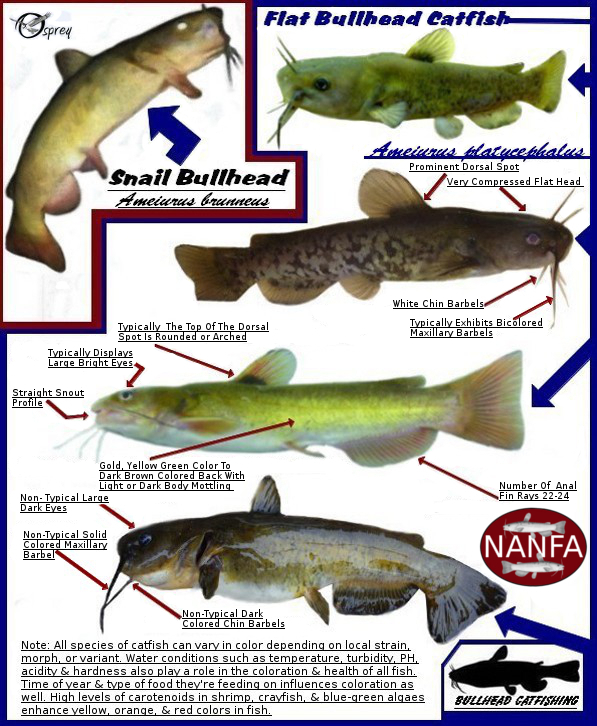 Those are great pictures, and make up a good key. Every time I see a field "guide" I am reminded of something one of my professors said: Dichotomous keys are made by people that don't need them for people that can't use them. It's too often true. Osprey's guide above has what far too many guides fail to have; LOTS of pictures illustrating the variation within a given species.

I see you did not include the bi-colored maxillary barbel (lighter front edge, darker behind) that some other keys use for distinguishing platycephalus.  Have you found this character to be unreliable?

Yea, I didn't use the bi-colored maxillary whisker because that characteristic isn't as consistent across populations. It's a good one though, and maybe I should have included it? Like riding a bicycle, with practice you get really good at identifying them. Now I just primarily look at the shape of the head (especially the profile) to distinguish between the two bullhead types. If I'm unsure I'll look for the other typical characteristics to identify the fish. It becomes kind of second nature once you do it enough. You just have to want to do it.

Additional weirdness:  Those speckly Brown Bulheads seem to be in central Florida.  The ones in south Florida around Tamiami Trail are just mottled brown, more like the ones up north and in other parts of the country.  Also Yellow Bullheads from the Ocala area are heavily mottled, in contradiction to the statements in the new Florida book.

I've spent most of my time over the last 10 months in south Georgia along the Chattahoochee River.  We've caught 5 of the bullheads along the Hooch and its tributaries.  Snails were the most commonly found bullhead, but restricted to flowing tributary streams.  Yellows and blacks were very rare, but mostly restricted to tributaries.  Browns were very common in mainstem Hooch and its backwaters.  Spotted bullheads were rare and only found along mainstem margins with woody structure in summer months.  Here are some photos for snail, spotted, and "southern" brown bullheads. 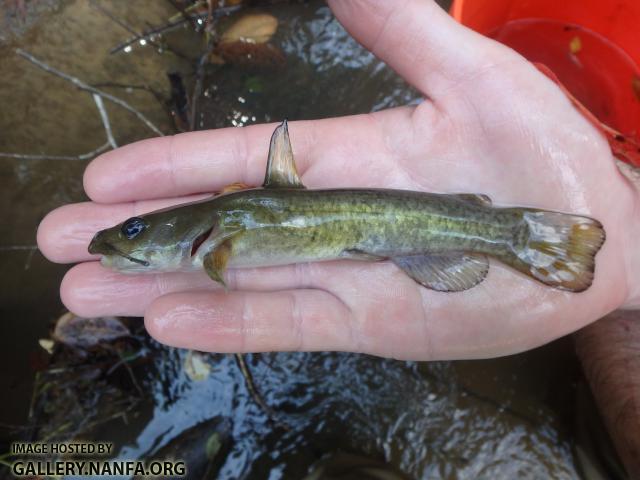 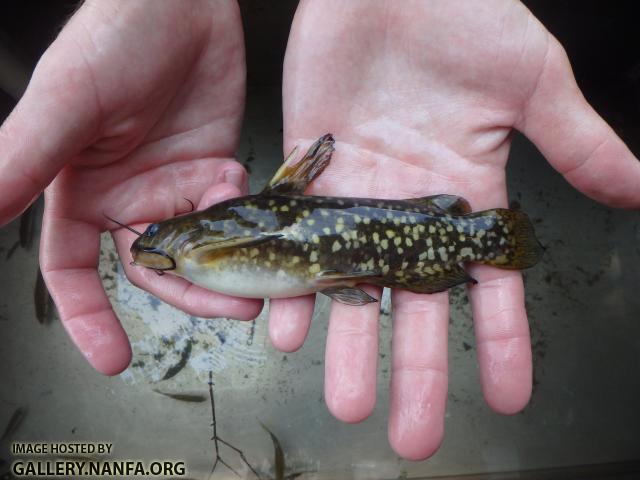 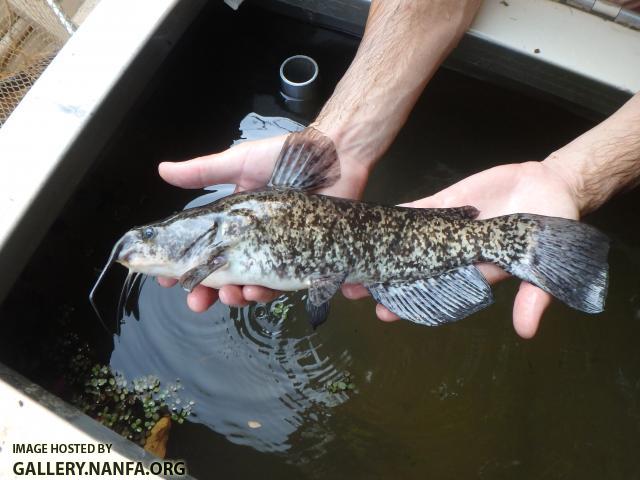 What is the location for the last photo of the Speckly Brown?

1 user(s) are reading this topic