23 replies to this topic

Yup, you HAVE to see these guys in real life to appreciate them. The spangles give you just a glimmer.

Nice work!
Very interesting and beautiful fish to work with. Well worth the extra effort and attention to detail you obviously had to put into it. Cool pics too.
How's your mortality so far? Any sign of stress from the pond removal process?
It'll be interesting to see if fish raised their whole lives in glass will be more willing to spawn in glass. Do you have any plans to continue to attempt indoor breeding?
Any theories on why they did it in the pond but not the tanks? Sunshine?

<clip>
Any theories on why they did it in the pond but not the tanks? Sunshine?

A few young died from netting. ALL the other young Welaka are still alive. I am still trying to get them to eat some flake food - only eating live baby brine shrimp.

I am keeping some for myself to try indoors and outdoors again next year. I also have 4 other breeders committed to trying for a next generation.

My pond set-up was like what Mysteryman did, except the fish were together and did the sperm release naturally.

Downloaded the pic of P. welaka earlier in this thread and have been using it for my desktop. It didn't quite fit the dimensions of my monitor, so I GIMPed it. If you don't know what GIMP is, check out http://www.gimp.org. Anyway, I really like how the image turned-out so I thought I'd post the result. Enjoy! 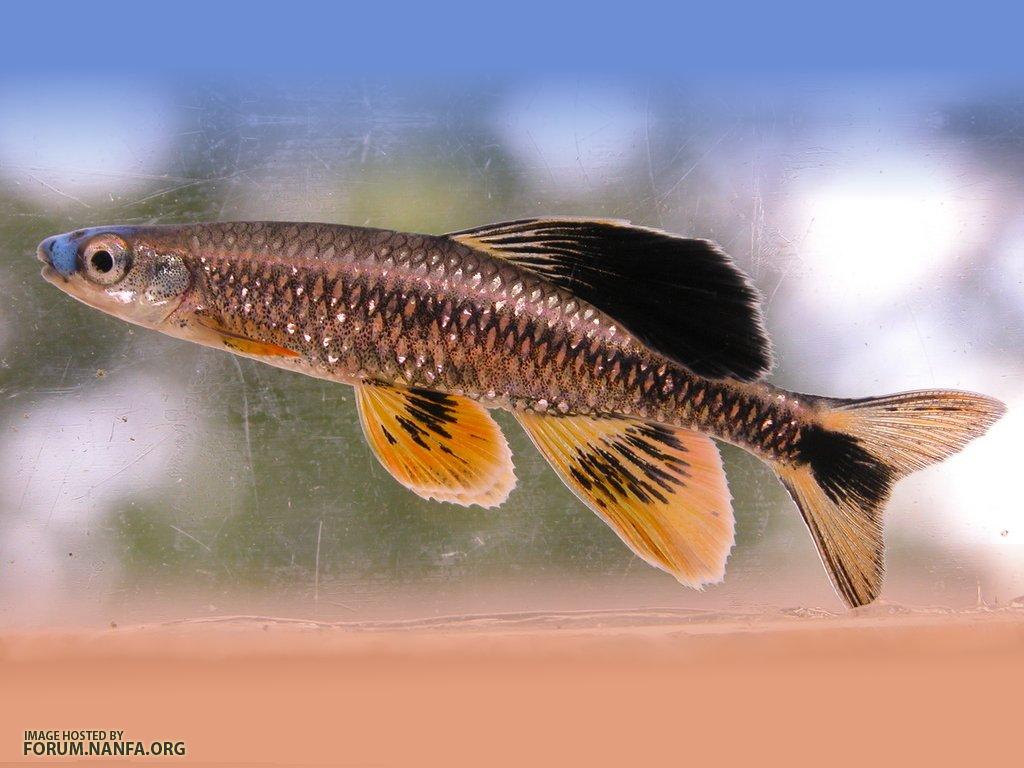 Back to Minnows and Suckers